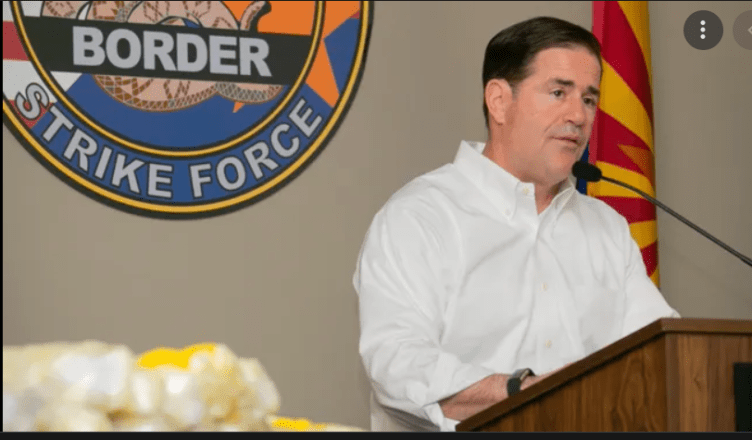 The Yuma border wall gap was filled during the weekend after Gov. Ducey issued an executive order on Friday

Arizona Republican Gov. Doug Ducey touted how the state closed a thousand-foot gap in the southern border near Yuma just days after he issued an executive order on it.

Ducey posted Monday on Twitter with before and after photos of the makeshift wall, created with double-stacked shipping containers.

The governor issued the executive order to the Arizona Department of Emergency and Military Affairs on Friday to fill the gaps in the Yuma border wall.

“Arizona has had enough,” Gov. Ducey said in a press release. “We can’t wait any longer. The Biden administration’s lack of urgency on border security is a dereliction of duty.”

The plan created a 22-foot high wall made from 8,800-pound, 9-by-40-feet containers that were welded together and topped with concertina wire.

Yuma is one of the busiest entry points for illegal migrants. From October of last year to July, U.S. Customs and Border Protection encountered nearly 260,000 migrants in Yuma alone.