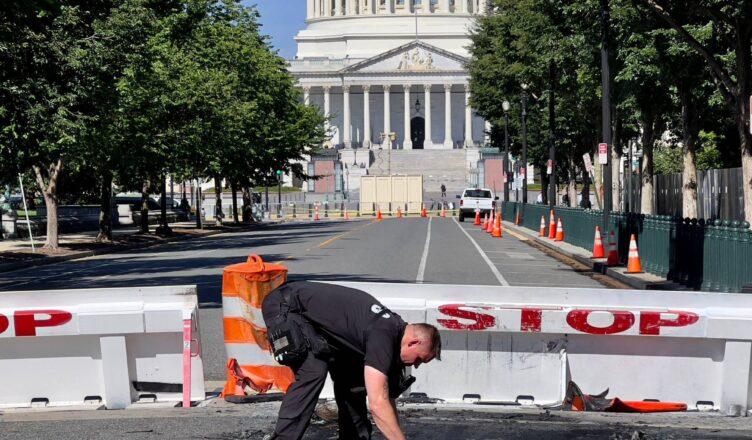 Authorities as of Tuesday have yet to confirm whether a Texas man who died after being found guilty of child sex abuses poisoned the water bottle from which he drank while the verdict was being read.

Edward Peter Leclair, a 57-year-old former corporate recruiter, was found guilty Thursday of five counts of sex abuse, with one incident dating back to July 2016.

Leclair carried a large water bottle during the trial Thursday that appeared to be filled with cloudy water and from which he did not drink until the verdict was read.

Prosecutor Jamie Beck told the Denton Record-Chronicle: When the jury’s guilty verdict was announced in court, Leclair “just chugged it. We have had people who faint, have heart attacks and had a shooting, but never in my 27 years have we had something like this happen.”

After the verdict was read, Leclair was taken into custody and sent to a holding cell next to the courtroom while authorities determined the dates of the trial’s punishment phase. A court official then apparently found Leclair in distress.

“He was very much either dying or dead,” Beck said. “Once the ambulance came, they weren’t in a hurry. He was gray.”

“We have protocols that we follow to give our patients the best chance of survival,” he said. “What may seem like a lack of haste may actually be deliberate steps being taken in a protocol to increase survivability.”