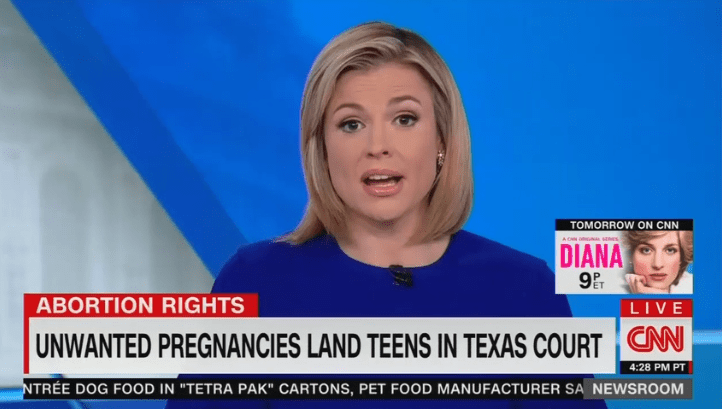 On Sunday’s State of the Union on CNN, guest host Brianna Keilar during her interview with Arkansas Governor Asa Hutchinson suggested that Republican states with pro-life laws are forcing women to have babies.

“Arkansas has an unenviable record on maternal and infant care. But you’ve taken some steps to improve care for mothers and infants like expanding Medicaid coverage for pregnant women” Keilar said to Hutchinson.

After insulting his state, she asked the Governor if “Republican states are going to force women to have babies they wouldn’t otherwise have had, do those Republican-led states need to support them more? Because many states are not doing this.”

Hutchinson never corrected her that pro-life laws prohibiting the killing of unborn babies aren’t forcing women to have babies. Life was already created by the time the abortion was to take place.

Instead, Hutchinson discussed how he wants the government in his state to provide maternal care, improved foster care, and increased adoption services. “We want to expand Medicaid coverage, health care services for that mom with that young child in their home to increase the chances of survivability and better health outcomes, both for the mom and both for the child,” Hutchinson said.

Keilar then brought up the case in “Nebraska where an 18-year-old and her mother are facing multiple charges after allegedly conducting an illegal self-managed medicated abortion.”

She claimed, “you had police there obtaining their private Facebook messages which is raising concerns that law enforcement is going to use people’s private data to enforce state abortion laws.”

Turning to Hutchinson, Keilar asked if that’s “something that you would endorse in Arkansas? And do you think this is right?”

Keilar ignored the fact that the Nebraska woman illegally used the self-medicating abortion drug to kill her 23-week-old baby and then burned and buried the baby’s body.

This CNN segment smearing pro-life laws and distorting a murder case to push the left’s abortion blood lust was made possible by Verizon. Their information is linked so you can contact them.