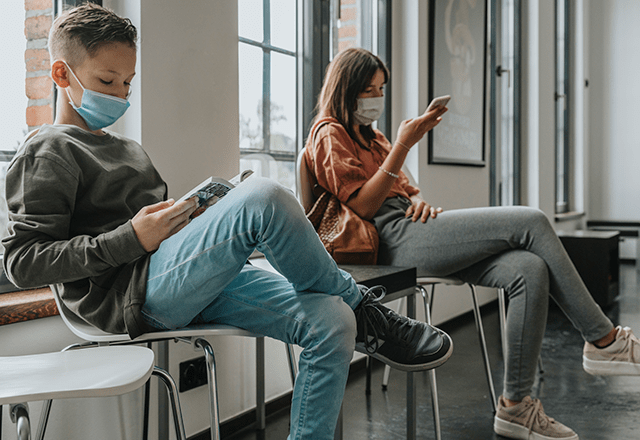 A.J. Rice, president of Publius PR and author of The Woking Dead: How Society’s Vogue Virus Destroys Our Culture, said on Tuesday’s edition of SiriusXM’s Breitbart News Daily with host Alex Marlow that Generation Z — commonly known as zoomers — are having their human authenticity undermined by a combination of the “Me Too” campaign, lockdowns ostensibly issued to reduce coronavirus transmission, and excessive involvement in the digital world.

“The Me Too movement is one of these sort of cultural revolutions,” Rice stated. He warned of interpersonal skills being eroded by manufactured misunderstandings sowed between men and women via the “Me Too” narrative and displacement of face-to-face, in-person communication via inferior technological substitute mediums.

He remarked, “The younger generation … really cannot communicate with each other, and they already were bad at it. They’re always on their phones.”

Lockdowns and the “Me Too” campaign mutually reinforce a broader corrosion of relatability between people, Rice observed, noting the former’s forced reduction of socialization and the latter’s sowing of distrust between the sexes.

“The Me Too movement [is] scaring men and women from talking to each other,” he stated.

Rice said romantic pursuits between men and women are sabotaged by lockdowns, emphasizing the government’s denial of people’s access to conventional office work.

He remarked, “The lockdowns — the lack of people going to work, the lack of office Christmas parties — the data was showing that most people meet their wives at work. It’s just because you’re there. Maybe you don’t work with them. Maybe they work in the office next door, but all of that, it’s part of the human experience, [which] is totally under assault.”

“That really is breaking down the fabric of society,” he continued. “Maybe that’s what they want. The way this has been handled — with the shaming of men on one hand, and then the total lockdowns keeping us all away from each other — you’re going to have a generation of kids, these Gen Z’ers, they’re not going to have interpersonal communication skills, at all. To me, that was heartbreaking and something to sort of shine a light on.”

Marlow cautioned of the digital universe’s negative effects on human sociability given its removal of fundamental communication cues. Many people view themselves through the lens of their online personas, he added.

“People joke that Twitter is not real life,” he shared. “It’s an expression that a lot of people use, but I think it increasingly is becoming real life. There are more and more people in my life who I’m finding that really think of themselves as their online avatar and the composite of their social media footprint.”

Rice replied, “Millennials, for all the guff they get from the media, they really are concerned with purpose, which isn’t necessarily a bad thing. The generation after us, which you’re talking about — Gen Z — they’re obsessed with identity.”

He concluded, “They want to create their online identity and make that their identity. They’re the most identity-obsessed generation in history, yet they actually have no personal identity. Their identities are either digital or some race, gender, sexual orientation identity. That’s it. So then being authentically human is being left on the cutting room floor.”