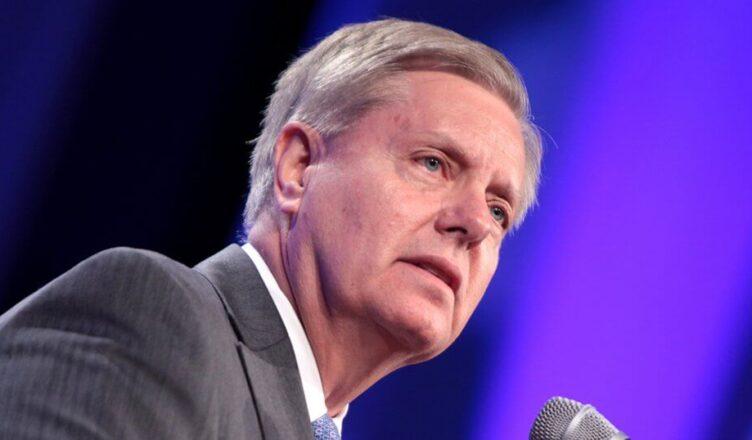 Lindsey Graham (R-SC) suffered a loss in court on Monday as a judge ruled that the senator must testify to a grand jury about President Donald Trump’s efforts to question the results of the 2020 election.

Graham’s legal team argued that the senator was protected by the Speech or Debate Clause in the Constitution, which exempts congressional members from arrest or being “legally questioned.”

The Daily Caller noted that Graham’s attorneys also argued that “testimony to the grand jury was unnecessary since [the senator] was not the only participant on the calls.”

Graham was subpoenaed in July by Fulton County District Attorney Fani Willis. At issue is the content of phone calls between Graham and Georgia Secretary of State Brad Raffensperger — the two spoke via phone twice in the weeks following the 2020 election.

Northern District of Georgia Judge Leigh Martin May determined that Graham was not exempt from having to testify, writing:

“Though Senator Graham argues that he is exempt from testifying as a high-ranking government official, the Court finds that the District Attorney has shown extraordinary circumstances and a special need for Senator Graham’s testimony on issues related to alleged attempts to influence or disrupt the lawful administration of Georgia’s 2022 elections.”

"[T]he Court finds that the District Attorney has shown
extraordinary circumstances and a special need for Senator Graham’s testimony."https://t.co/9Red9FgbRh

Judge May rejected arguments presented by Graham’s legal team, writing “that the Court may determine in the first instance whether the entirety of Senator Graham’s call to Georgia election officials are in fact, legitimate legislative activity.”

May added that “Graham’s relevance to the grand jury’s investigation — and thus the areas on which he could be asked to testify — extends beyond issues related to the two phone calls he made to Secretary Raffensperger.”

NEW: A federal judge in Georgia has rejected the effort by Sen. Lindsey Graham R-SC to avoid testifying before a special grand jury in Georgia, which is investigating Donald Trump's efforts to overturn his 2020 election loss. pic.twitter.com/uFexRHysfF

Graham’s office said in a statement:

The Constitution’s Speech or Debate Clause prevents a local official from questioning a senator about how that Senator did his job. Here, Sen. Graham was doing his due diligence before the Electoral Count Act certification vote — where he voted to certify the election.

Although the district court acknowledged that Speech or Debate may protect some of Sen. Graham’s activities, she nevertheless ignored the constitutional text and binding Supreme Court precedent, so Sen. Graham plans to appeal to the Eleventh Circuit.