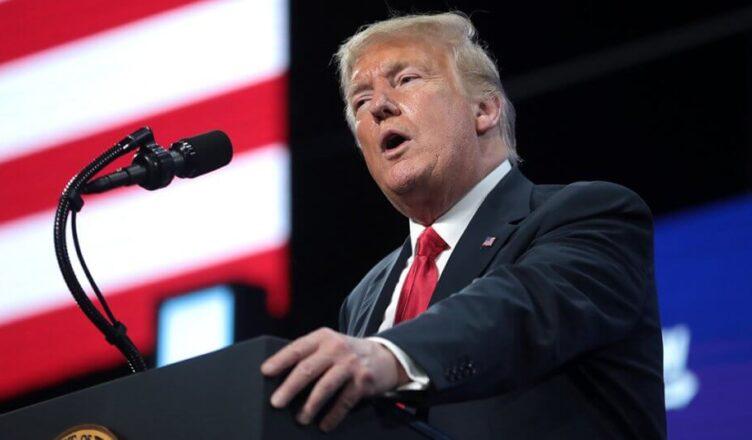 Federal law enforcement officials denied claims made by former President Donald Trump that they took his passports when they raided Mar-a-Lago last week.

“In the raid by the FBI of Mar-a-Lago, they stole my three Passports (one expired), along with everything else,” Trump said in a post on Truth Social. “This is an assault on a political opponent at a level never seen before in our Country. Third World!”

In response, CBS News anchor Norah O’Donnell later tweeted, “According to a DOJ official, the FBI is NOT in possession of former President Trump’s passports. We are also learning tonight that if any items not contained in the warrant were retrieved during the FBI search at Mar-a-Lago, they will be returned.”

The New York Times reported that at least one of Trump’s lawyers signed a written statement to the U.S. Department of Justice earlier this summer, claiming that all classified material and boxes in a storage area on the property had been returned to the federal government, according to multiple sources. Agents searched the storage area and Trump’s office and residence on the property.

The signed declaration, combined with the at least 11 sets of classified documents that were discovered on the property, could mean that either Trump or his legal team potentially lied to federal investigators. However, the declaration has yet to be produced, and the former president has alleged that the recovered documents had been declassified.

In addition, reports say that federal investigators took documents from the Trump estate that were covered by attorney-client privilege, which gives the president of the United States and other officials within the executive branch the authority to withhold certain sensitive forms of advice and consultation between the president and senior advisors.

Trump’s team reportedly asked the Justice Department for their position on whether they would support a third party, independent special master to review those records. However, sources claim that the DOJ notified Trump’s team that they would oppose that request.