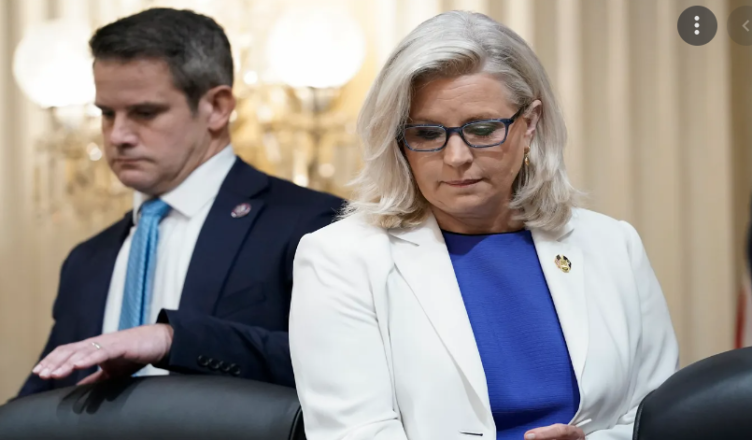 In her final campaign video ahead of Tuesday’s Wyoming GOP primary in the battle for the state’s single House seat, Rep. Liz Cheney condemns Donald Trump and tells viewers that the “lie that the 2020 presidential election was stolen is insidious” and has been used to “manipulate Americans to abandon their principles, to sacrifice their freedom, to justify violence, to ignore the rulings of our courts and the rule of law.”

“This is Donald Trump’s legacy,” she continues, “but it cannot be the future of our nation. History has shown us over and over again how these types of poisonous lies destroy free nations.”

Despite the lengthening odds against Cheney beating her Trump-endorsed opponent, Harriet Hageman, the ousted House Republican Conference chair has been unwavering in her anti-Trump messaging.

Last year, Cheney was removed from her position as the third-ranking House Republican when she emerged as the face of the her party’s small anti-Trump faction. She was formally censured by the Republican National Committee in February.

With GOP primaries on Tuesday pitting high-profile anti-Trump incumbents Liz Cheney and Lisa Murkowski against Trump-backed challengers in Wyoming and Alaska, respectively, rank and file Republican voters will decide whether there is any room left in the party for the endangered species known to detractors as the “RINO” (Republican in name only).

For Cheney, the answer is likely no. Trump won Wyoming by more than 40 points in 2020, and a recent poll conducted by the Casper Star-Tribune found Cheney was running 22 points behind Hageman, a natural resources litigator who has campaigned tirelessly throughout the state while Cheney has courted national media approval as vice chair of House Democrats’ Jan. 6 panel.

Another poll found that just 15% of Wyoming Republicans are supporting Cheney in her reelection bid, while 98% of Wyoming Democrats planning to vote in the GOP primary support her.

Cheney’s race is the final primary contest faced by House Republicans who voted to impeach Donald Trump in January 2021. Of the 10 impeachment Republicans in the House, four members retired, three lost their primaries, two prevailed, and Cheney appears headed for defeat in the state represented in the House for 10 years by her father, former Vice President Richard Cheney.

In a last-ditch effort to save her seat, Cheney’s campaign recently sent out instructions on how to change party registration ahead of the primary in order to vote for her in the GOP primary. For many, the move was belated confirmation of a changed political status declared by the Wyoming Republican Party in November: Cheney is no longer recognized as a Republican.

Also on the ballot Tuesday is Alaska Republican Sen. Lisa Murkowski, who has served in the Senate for 20 years since being appointed to fill the seat vacated by her father when he became governor. A pro-abortion-rights moderate who frequently breaks party ranks, Murkowski voted with Democrats to block repeal of Obamacare in the Senate and was one of seven Senate Republicans who voted to convict Donald Trump in his Senate trial in 2021.

Murkowski’s popularity in her home state has never been overwhelming. In her three victorious Senate campaigns, she has never won a majority of the vote. In 2010, she became the first senator in more than 50 years to win a seat in a write-in campaign after losing a primary election.

Murkowski, who was censured by the state GOP last March, is running against the MAGA-blessed Kelly Tshibaka, former Alaska Department of Administration Commissioner. Alaska recently implemented a jungle-primary, top-four finisher system, a change which, according to a recent Project Veritas exposé, was engineered by Murkowksi surrogates in order to improve the veteran politico’s reelection prospects. While polls show Tshibaka leading a field of 19 in the primary, Murkowski’s name recognition in the state alone should be enough for her to finish among the top four and move on to the general election.

In November, the incumbent may once again survive despite repudiation by her own party, thanks to her fundraising advantage, a less conservative electorate, and a new ranked-choice, multi-round voting system that could see Murkowski trail Tshibaka in a first round but pick up enough Democrats and independents in subsequent rounds to ultimately eke out a victory.