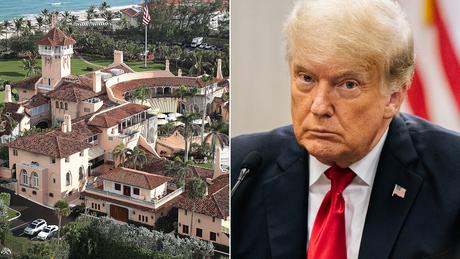 Issuing the order Tuesday, Reinhart wrote, “The intervenors having requested a hearing, it is ORDERED that an IN PERSON Hearing will be held on 8/18/2022 at 1:00 PM in the West Palm Beach Division before Magistrate Judge Bruce E. Reinhart.”

BREAKING: Court sets in-person hearing on @JudicialWatch and media requests for the release of the affidavit underlying the abusive Biden raid on Trump's home. Set for Thursday, August 18, at 1:00 pm.

Noting that no remote or telephonic appearances would be permitted for the hearing, the judge added that the “intervenors” could file their responses to the government’s arguments for why the affidavit should remain sealed by 9:00 a.m. on Thursday.

Submitting those arguments on behalf of the Department of Justice (DOJ), U.S. Attorney Juan Gonzalez posited Monday that doing so would cause “significant and irreparable damage” to the Justice Department’s investigation.

“Even when the public is already aware of the general nature of the investigation, revealing the specific contents of a search warrant affidavit could alter the investigation’s trajectory, reveal ongoing and future investigative efforts, and undermine agents’ ability to collect evidence or obtain truthful testimony,” he noted.

According to Gonzalez, the affidavit contains “highly sensitive information about witnesses, including witnesses interviewed by the government; specific investigative techniques; and information required by law to be kept under seal pursuant to Federal Rule of Criminal Procedure 6(e).”

The Justice Department requested that a Florida judge keep the affidavit sealed concerning the warrant that led to the FBI's raid on Trump's estate at Mar-a-Lago.https://t.co/njVA0StMLr

Holding that the release of such information could have “devastating consequences” for those whose actions and statements are outlined in the document, Gonzalez continued: “Disclosure of the government’s affidavit at this stage would also likely chill future cooperation by witnesses whose assistance may be sought as this investigation progresses, as well as in other high-profile investigations. The fact that this investigation implicates highly classified materials further underscores the need to protect the integrity of the investigation and exacerbates the potential for harm if information is disclosed to the public prematurely or improperly.”

Gonzalez also requested that the court rules on the parties’ motions without a hearing, though that request was evidently denied.

News of the hearing follows a whirlwind of events set in motion last Monday when the FBI conducted an unannounced raid on President Trump’s Florida estate, Mar-a-Lago.

The incident — divulged by the president himself via Truth Social — set off an immediate backlash among not only Trump supporters but those on both sides of the political aisle, with many calling for the unsealing of the search warrant.

On Friday, the warrant and associated property receipt were unsealed, but the affidavit outlining the probable cause, or reason to believe a crime had been committed, was not.

By Monday night, multiple organizations and individuals had submitted motions to intervene requesting that the affidavit also be unsealed, with President Trump calling for the same via Truth Social.

Trump calls for release of affidavit used to justify the sham warrant for the Biden political raid on his home. https://t.co/Gd5e6lIISn pic.twitter.com/tuGg0kw6sA

“There is no way to justify the unannounced RAID of Mar-a-Lago, the home of the 45th President of the United States (who got more votes, by far, than any sitting President in the history of our Country!), by a very large number of gun toting FBI Agents, and the Department of ‘Justice’ but, in the interest of TRANSPARENCY, I call for the immediate release of the completely Unredacted Affidavit pertaining to this horrible and shocking BREAK-IN,” he wrote. “Also, the Judge on this case should recuse!”

Last week, it was reported by the New York Post that Reinhart had recused himself in a legal dispute between Trump and Hillary Clinton just six weeks before signing off on the raid of the president’s home.

The judge has also reportedly been linked to convicted sex offender Jeffrey Epstein and was a two-time donor to Barack Obama’s 2008 presidential campaign.

As news surrounding the raid continues to dominate the public’s attention, those around the country and the world will likely be watching closely this Thursday to see whether the government’s justifications for the unprecedented raid hold any weight.