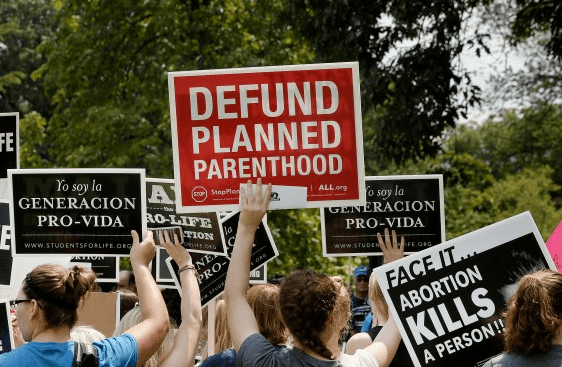 At the end of July, the council voted 4-1 against sending $1 million in contracts to Planned Parenthood and two other abortion groups, the New Hampshire Bulletin reports.

The money is supposed to be used to help low-income individuals access birth control, cancer screenings, STD treatment and other medical services, but council leaders said abortion groups may use it to subsidize abortions.

“I don’t buy the fact that the money is not commingled by the abortion providers, Planned Parenthood, Lovering and – I certainly believe that it does subsidize the abortion industry,” Councilor Dave Wheeler said, according to WMUR 9 News.

However, the council did approve funding to four other health care providers, Coos County Family Health Services in Berlin, Lamprey Health Care in Newmarket, Amoskeag Health in Manchester and CAP Belknap-Merrimack in Laconia, that provide medical services, not abortions, the report continues.

In the past year, the council has rejected taxpayer funding to the three abortion providers several times.

A spokesperson for Planned Parenthood accused the council of hurting access to health care by rejecting the funding, and, according to WMUR 9, “health officials said that since the contracts were held up last year, they’ve tracked a decrease in services provided statewide, and it’s going to have consequences.”

But the complaint does not make sense because the Biden administration made up for the funding loss by giving the New Hampshire Planned Parenthood branch $500,000 in federal tax dollars in the spring.

Dalia Vidunas, executive director of Equality Health Center in Concord, also complained about the council’s actions, saying they will have to start charging patients more money, according to the Bulletin.

Equality and Planned Parenthood both said abortions are just a small percent of what they do. But both are unwilling to consider stopping the unnecessary, elective killing of unborn babies in order to receive funding and increase services for low-income patients.

Killing unborn babies in abortions is not health care, and former Planned Parenthood CEO Leana Wen admitted that abortions are its “core mission.”

Planned Parenthood has aborted more than 8 million unborn babies since abortion became legal nation-wide in 1973. Its most recent annual report showed a record number of abortions in 2020: 354,871, which is about 40 percent of all abortions in the U.S.

Its patient numbers also have been dropping steadily over the past decade amid numerous reports of alleged unethical and illegal activities by Planned Parenthood, including selling aborted baby body parts, botching abortions that killed women, covering up the sexual abuse of minors, discriminating against pregnant and racial minority employees, exploiting young girls by selling cross-sex hormones and more.

However, Planned Parenthood has huge political influence over the Biden administration. Its current CEO, Alexis McGill Johnson, recently bragged about staffing the president’s administration with pro-abortion “champions” like HHS Secretary Xavier Becerra. The abortion chain spent at least $45 million to support Biden and other pro-abortion candidates in the 2020 elections.