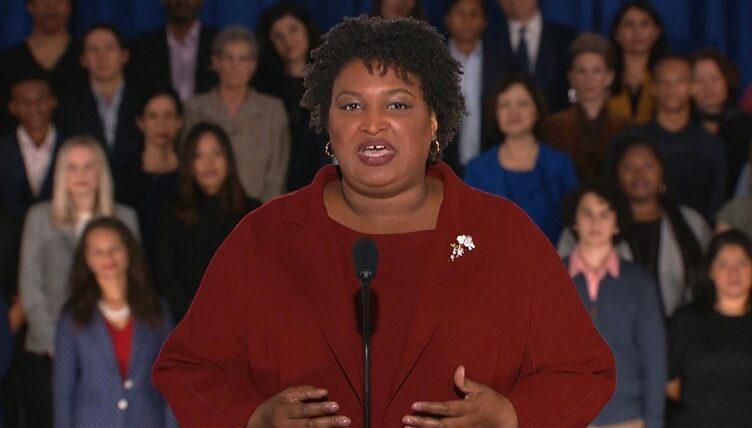 A fact checker called out Georgia Democrat gubernatorial candidate Stacey Abrams over the weekend for lying about abortions and miscarriages.

According to PolitiFact, Abrams’ attack on pro-life Gov. Brian Kemp for supposedly wanting to “investigate and punish women for having miscarriages” is completely false.

Abrams, a pro-abortion Democrat who has lost several elections, made the false claim in political ads on TV, Facebook and Instagram, Townhall reports. It is not clear if the ads are still running.

The ads referred to the state heartbeat law that Kemp, a pro-life Republican, signed in 2019 to ban abortions once an unborn baby’s heartbeat is detectable. In the ads, Abrams claimed that Kemp wants to “investigate and punish women for having miscarriages.”

However, Kemp never said any such thing, and the law clearly states that miscarriage treatment is not an abortion and therefore is allowed in Georgia.

What’s more, the pro-life movement, including pro-life politicians, repeatedly and openly have opposed punishing women for abortions, and Abrams’ campaign could not provide any examples of Kemp contradicting this.

According to Politifact, “The Abrams campaign did not cite any instances of Kemp saying he wanted women to be investigated for miscarriages.”

However, Abrams is not the only one making these false claims. Lies and misleading information about pro-life laws have been propagated by abortion activists and pro-abortion politicians since news broke about the U.S. Supreme Court overturning Roe v. Wade this summer. The truth is that all pro-life laws allow treatment for ectopic pregnancies, miscarriages and abortions when the mother’s life is at risk.

Currently, 15 states protect unborn babies by limiting or banning abortions, and more pro-life state laws are expected to go into effect in the coming months. As a result, approximately 150,000 unborn babies are being saved, according to the Charlotte Lozier Institute.

His research, which pro-life attorneys have verified, found wide-spread explicit exceptions in abortion bans that allow for these medical treatments.

When it comes to miscarriages, Gump said laws that ban or restrict abortion only “apply when the unborn child is alive during the act (induced abortion), but often those outside the medical industry erroneously conflate similar procedures performed after the unborn child has already died of a miscarriage (spontaneous abortion) …”

Much like with miscarriages, “ectopic pregnancies are not treated with induced abortions, but often those outside the medical industry erroneously conflate the two,” according to his research.

A new fact check from the Charlotte Lozier Institute came to the same conclusions, with researchers pointing out that pro-life laws protect both mom and baby and “pregnant women’s lives are protected in all states.”

Pro-life doctors also confirm that the laws are clear, and they have and will continue to treat women suffering from miscarriages and ectopic pregnancies.

Dr. Christina Francis, of the American Association of Pro-Life OB-GYNs, said treating ectopic pregnancies, miscarriages or other life-threatening conditions in pregnancy are not the same as elective abortions, which is what pro-life laws prohibit. Even the U.S. Food and Drug Administration states that chemical abortions, or abortion drugs, cannot treat an ectopic pregnancy, Francis continued.

“I’ve never needed to perform an elective abortion, and yet I’ve been able to take care of women with ectopic pregnancies and miscarriages throughout my career,” she said.

Dr. John Bruchalski, a pro-life OB-GYN in Virginia and former abortionist, made a similar comment recently on Twitter.

“The Dobbs decision does not affect treatment for miscarriages or ectopic pregnancies,” he wrote. “It effects elective abortions. They are two different things. We are in a war of words and definitions … and hearts.”