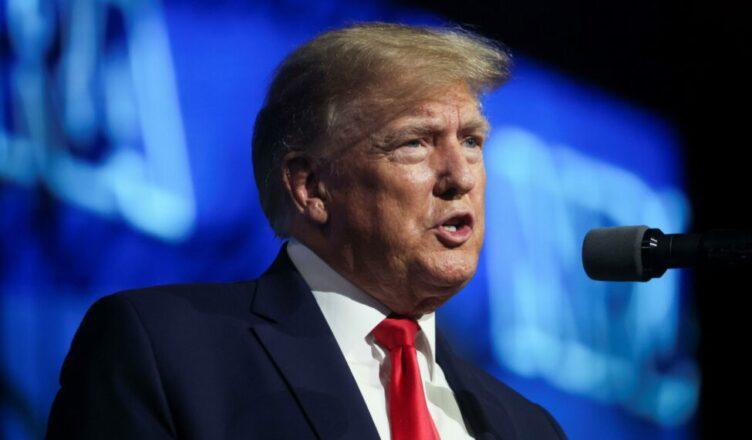 President Donald Trump demanded the affidavit used to obtain the FBI’s search warrant in its raid on Mar-a-Lago be immediately released Monday night. He also denounced the recent actions of the Department of Justice.

In a bold statement against the FBI and Department of Justice, Trump claimed, “There is no way to justify the unannounced RAID of Mar-a-Lago, the home of the 45th President of the United States.”

Trump also reminded Americans that he “got more votes, by far, than any sitting President in the history of our Country!”

One week after announcing the raid on his home “by a very large number of gun toting FBI Agents, and the Department of ‘Justice,’” the 45th president has continued to criticize the FBI and Department of Justice for breaking into Mar-a-Lago instead of asking him for the documents they seized.

“In the interest of TRANSPARENCY, I call for the immediate release of the completely Unredacted Affidavit pertaining to this horrible and shocking BREAK-IN,” Trump said.

The 45th president’s comments come after the DOJ asked a federal judge to keep the search warrant affidavit sealed on Monday. Despite Attorney General Merrick Garland’s approval of the judge releasing the search warrant for the Mar-a-Lago, the Justice Department on Monday stated the “highly sensitive information” in the affidavit should not be released to the public.

According to The Hill, the Justice Department said, “The affidavit supporting the search warrant presents a very different set of considerations. There remain compelling reasons, including to protect the integrity of an ongoing law enforcement investigation that implicates national security, that support keeping the affidavit sealed.”

Trump and his supporters have argued that the FBI and the DOJ need to provide the American people with adequate answers concerning the raid of a president’s residence. Trump has maintained that the documents found at Mar-a-Lago were already declassified; therefore, he has urged transparency and demanded the American people be presented with the truth.