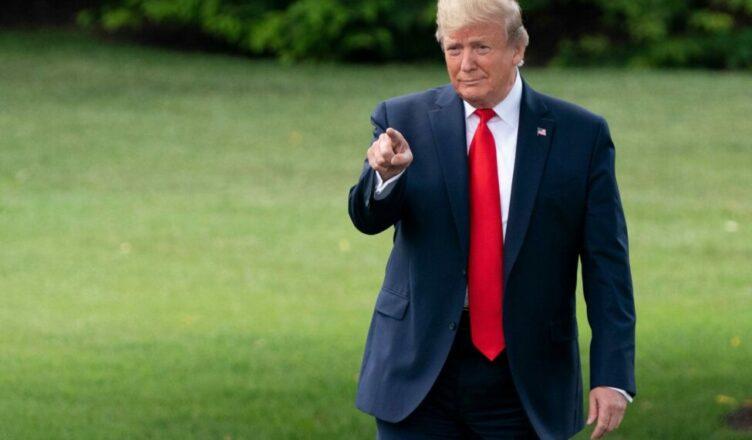 President Donald Trump drew attention to the obvious political momentum that the GOP has heading into the midterm elections, pointing out that Republicans are making up lost ground following the shocking FBI raid on Trump’s private home in Florida.

“Republicans could win many additional seats, both in the House and Senate, because of the strong backlash over the raid at Ma[r]-a-Lago,” Trump wrote in a post shared to Truth Social. He continued, “Polls are showing that some lost Republican territory over the last number of weeks has been more than made up with the unannounced Break In by the FBI, which should never have happened!”

Last week, Trump announced that the FBI had raided his home, describing the event as a “siege” and “occupation” in an official statement made through his Save America PAC last week.

However, Trump’s observation regarding Republican political might is dead on, considering recent polling. For example, a Morning Consult and Politico poll conducted last week revealed that a whopping 71 percent of Republican voters want President Trump to run for president again in 2024, with another 58 percent of voters indicating that they would vote for Trump if the Republican presidential primary were to be held today.

Further, Trump’s endorsement success record is knocking political opponents out across the board. On Friday, the 45th president touted his impressive record, noting that his success rate was “167 and 6 on Endorsements this cycle.”

Yet another indication of the widespread support for Trump and the Save America movement is the donations that voters have been sending ever since the raid took place. RSBN reported that Eric Trump shared the news that DonaldJTrump.com was “shattering all fundraising records and I’m told has raised more money in the past 24 hours than ever before in recent history!”

Over the weekend, throngs of avid Trump supporters rallied near Mar-a-Lago to demonstrate their support for the president following the FBI’s raid of his home. Per RSBN, some supporters noted that there had been people rallying there for the entire week.