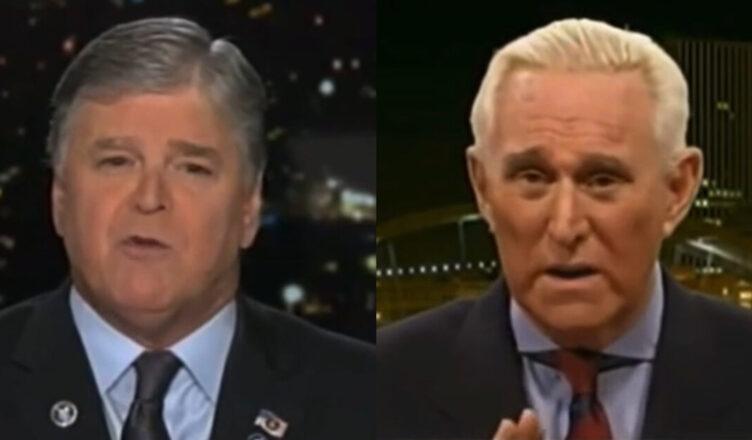 Roger Stone, a former advisor for former President Trump, wrote an article for Gateway Pundit on the topic of the raid on Mar-a-Lago, Trump’s Florida Estate, and discussing the interview he had with Fox News’ Sean Hannity.

“Having been the target of an early dawn FBI raid on my own home by 29 SWAT-clad FBI agents brandishing M4 fully automatic assault rifles on January 25th, 2019 to arrest me for the entirely fabricated “crime” of lying to Congress, I am among the few Americans who can understand the feeling of violation President Trump and former First Lady Melania Trump must feel, as in the raid on my home FBI agents went through every inch of the Trump’s living space.”

Stone was arrested that day, and was eventually convicted in November 2019 on seven counts of lying to Congress, obstruction of justice and witness tampering. These charges were tied to the investigation into Russian collusion at the hands of former FBI director Robert Mueller as well as claims that he had ties to the WikiLeaks website that posted some of the emails that Hillary Clinton had stored on her private email server prior to the 2016 election.

At trial, prosecutors said Stone told five different lies to lawmakers on the U.S. House Intelligence Committee about his contacts with the Trump campaign and WikiLeaks.

Stone goes on to describe the raid on his home before discussing the status of his interview with Hannity and why it isn’t easily discoverable online.

“As was the case in the Trump raid, FBI agents arrived by both land and sea forcing their way into the front gate but also arriving on amphibious units as Mar-a-Lago backs onto Lake Worth,” he writes.

“You won’t be able to find my interview on YouTube where FOX regularly posts all of Hannity’s excellent and hard-hitting programs,” he continues. “That’s because YouTube has banned me for life and will even take down the page of any news outlet that dares to post an interview with me, as recently happened with WABC radio in New York.”

“To his credit, Hannity posted our interview to both his personal Twitter and Facebook pages where they got broad viewership.”

Stone then reveals that one of the documents taken by the FBI from the Trump estate “was the original act of Presidential Clemency extended to me by President Donald Trump.”

“I have no knowledge as to why the documents related to the clemency granted to me by President Trump appear on the inventory of items seized from the former President’s home at Mar-a-Lago,” Stone writes. “My commutation and pardon were acts of both mercy and justice extended by President Trump over 2 years ago in a completely legal and appropriate manner. I am grateful that the president recognized the fabricated nature of both the charges against me and my conviction in a corrupted trial.”

Stone discusses his own suspicions about the pushback to his own pardon, and claims that the arguments made by Democratic lawmakers cannot be true, as they would have required contact between himself and the former president that he alleges never occurred during the time in question.

“I do have my suspicions, however. Hillary Clinton, Congressman Jerry Nadler, Adam Schiff, Hakeem Jeffries, and Erik Swalwell have all falsely insisted that my pardon was part of a ‘corrupt bargain’ in which I agreed to maintain my silence about nonexistent misdeeds by President Trump in return for a pardon. The fact that there is not a scintilla of evidence to prove anything of the kind never gets in the way of the fake news narrative promulgated by these criminals.”

“In fact, between the time that I was charged on January 25th, 2019 and the commutation of my sentence on July 10th, 2020, I had no contact, directly or indirectly, with President Trump regarding my case or any other matter.”

The former advisor argues that Trump’s decision to commute his sentence was the right one, and that it was fully legal despite claims made by both major media outlets and other Democratic lawmakers at the time. He also reiterated his commitment to continue fighting for the country, and thanks the former president for his actions in freeing him from a “deadly snare.”

“As the obvious anti-Trump bias of trial judge Amy Berman Jackson and the epic corruption of jury forewoman Tomeka Hart, as well as the ham-handed attempt by prosecuters to railroad me became more apparent, President Trump made the right — and completely legal —decision to both commute the death sentence I was handed and to ultimately issue an unconditional presidential pardon. No legal flaw will be found in this courageous act of justice.

“Sadly, once again, this will lead to more legal bills for me as the deep state will never get over the fact that, by the grace of God and the courage and strength of President Donald Trump I escaped the deadly snare set for me by Robert Mueller and Adam Schiff. Nor will I be silenced in the ongoing struggle over the future of our country.”