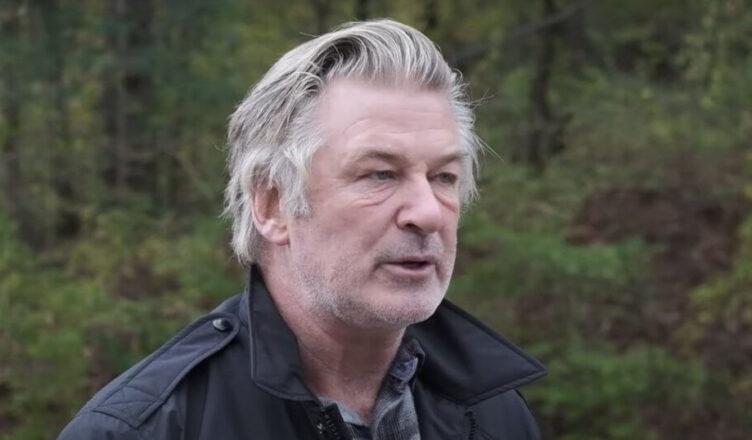 Baldwin is accused of pulling the trigger on the weapon that killed Hutchins whom he called a “good friend.”

The shooting occurred during a scene rehearsal. Baldwin alleged that he did not pull the trigger, the pistol was a prop and it was his understanding the Colt .45 was loaded with blanks.

Amid much speculation and the involvement of the overly dramatic attorney Gloria Allred, Mitchell filed a suit against Baldwin and the producers of the movie “Rust.”

According to MSN, Mitchell hired Allred to represent her and sought damages for “assault and intentional infliction of emotional distress.”

After meeting with Allred, Mitchell said: “Alec Baldwin intentionally, without just cause or excuse, cocked and fired a loaded gun even though the upcoming scene to be filmed did not call for the cocking and firing of a firearm,” according to the New York Post.

However, on Monday the Santa Fe County Sheriff’s Office released a government medical investigator’s report that determined the fatal shooting of Halyna Hutchins was an accident.

The report concurs with an FBI analysis of the firearm that was used.

The Daily Wire noted how the case had been marred by false, misleading, and contradictory information.

Contradicting a report by ABC News that said a .45 Colt revolver “could notbe made to fire without a pull of the trigger” while in a quarter-cocked, half-cocked or fully-cocked position, the FBI forensic report that was released over the weekend concluded that is not true.

“If the hammer on the revolver was in the de-cocked position, the firearm could discharge a round by striking the hammer, which is a standard way that a revolver operates.”

Though the determination by the FBI and Medical Investigator is good news for Baldwin, the Santa Fe Prosecutor has not made a decision yet regarding whether or not Baldwin will face criminal charges in the case, noting that the investigation is still ongoing and his department is currently analyzing cell phone data.

Santa Fe District Attorney Mary Carmack-Altwies indicated that nothing was being ruled out in terms of what prosecutors could do.

Baldwin’s attorney, Luke Nikas, is pressing for a resolution to the matter, saying, “This is the third time the New Mexico authorities have found that Alec Baldwin had no authority or knowledge of the allegedly unsafe conditions on the set, that he was told by the person in charge of safety on the set that the gun was ‘cold,’ and believed the gun was safe.”