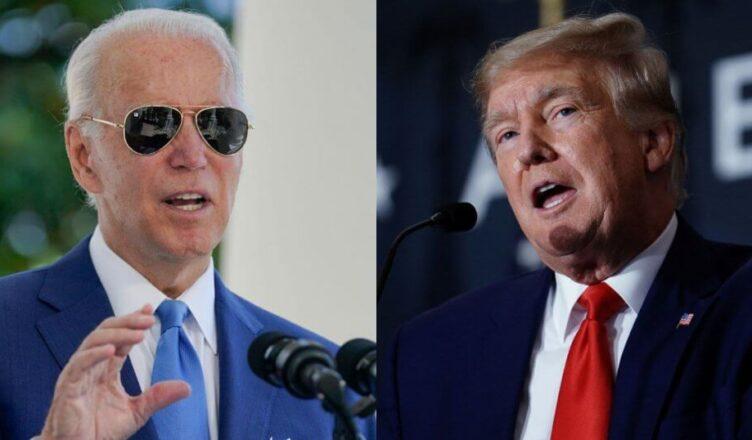 On Tuesday, President Joe Biden announced that the Food and Drug Administration is making hearing aids available over the counter, crediting an executive order he issued last year. The president failed to mention the fact that such an executive order would not be possible if not for legislation passed by his predecessor, former President Donald Trump.

“For millions of Americans, hearing aids and the doctor’s visit to get them prescribed are too expensive,” the president said in a statement. “In the executive order I issued last year to increase competition in key industries and lower costs, I called on the FDA to finally make hearing aids available over the counter.”

“Today, the FDA is doing just that,” he continued. “As early as mid-October, Americans will be able to purchase more affordable hearing aids over the counter at pharmacies and stores across the country.”

Biden claimed that the move demonstrates that his administration is “finally building an economy that works for working families.”

Vice President Kamala Harris also posted a video on her Twitter account in which she discussed the new rule and its passing.

Good news: The FDA has issued a new rule to allow hearing aids to be sold over the counter. pic.twitter.com/3WJLUueEwt

However, the legislation that enabled this move, the Over-the-Counter Hearing Aid Act, was passed in 2017 and signed into law by Trump.

“Joe Biden today is taking credit for being able to buy hearing aids over the counter,” Daily Caller contributor Greg Price wrote on his Twitter account. “He fails to mention how the Over-the-Counter Hearing Aid Act that allowed for this to happen was passed in 2017 and signed into law by President Donald J. Trump. Thanks President Trump!”

Joe Biden today is taking credit for being able to buy hearing aids over the counter.

He fails to mention how the Over-the-Counter Hearing Aid Act that allowed for this to happen was passed in 2017 and signed into law by President Donald J. Trump.

Sen. Elizabeth Warren (D-MA) and Sen. Chuck Grassley (R-IA) first introduced the Over-the-Counter Hearing Aid Act in March 2017, and it was signed into law in August of the same year.

Warren called the news “historic” in a Tuesday tweet and acknowledged that their legislation began “the process of making hearing aids available over the counter.”

The move creates a “new regulatory category” of over-the-counter hearing aid, the FDA said in a release, allowing customers to purchase hearing aids straight from stores and online retailers without the need for medical exams, prescriptions, and fitting adjustments. The rule is also expected to lower the cost of hearing aids while ensuring their safety and effectiveness.

“Reducing health care costs in America has been a priority of mine since Day One and this rule is expected to help us achieve quality, affordable health care access for millions of Americans in need,” said Health and Human Services Secretary Xavier Becerra in a Tuesday statement. “Today’s action by the FDA represents a significant milestone in making hearing aids more cost-effective and accessible.”