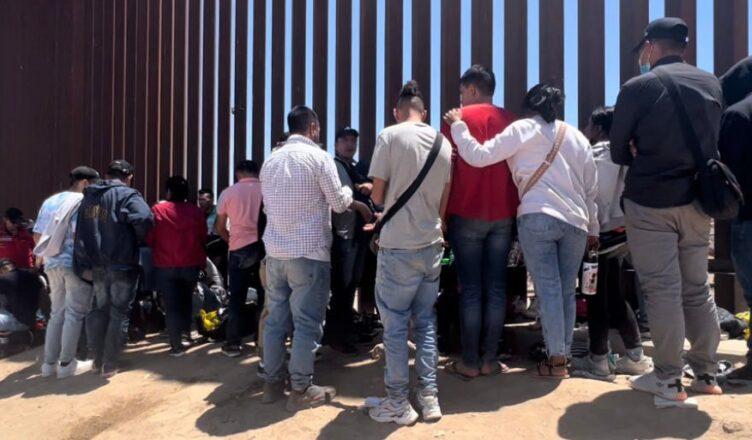 Data excludes those who are known and reported to have evaded capture by law enforcement, called gotaways.

According to U.S. Customs and Border Protection official data, 199,976 people entered the U.S. illegally in July, slightly down from 207,933 in June.

The numbers mark “the second month in a row of decreased encounters along the Southwest border,” CBP Commissioner Chris Magnus said. “While the encounter numbers remain high, this is a positive trend and the first two-month drop since October 2021.”

Traditionally, numbers drop in the hottest summer months. July’s total of 199,976 actually represents a 325% increase from the average number of July apprehensions during the Trump administration.

The July numbers also exclude key numbers CBP doesn’t report to the public, a Border Patrol agent explained to The Center Square on condition of anonymity for fear of losing his job.

The data reported to the public excludes those who are known and reported to have evaded capture by law enforcement called gotaways. If the 44,022 gotaways reported in July were included in the official total, the number would be 243,998.

But the way encounters are reported also lower the number of gotaways, the agent says. Three other categories reported by agents, including non-violations, no arrests and unresolved detection, are used to reduce the number of gotaways. If those totals for the sectors along the southern border were included, assuming all no arrests are of non-U.S. citizens, the total number of gotaways in July would be closer to 56,817, meaning as many as 256,793 really came through the southern border in July, not 199,976, the agent argues. But the number could actually be even higher because not all gotaways are reported by Border Patrol agents.

According to CBP, two-thirds of all southwest land border encounters were single adults, totaling 134,362. There were also 13,299 unaccompanied children who came through in July, with an average number of 562 minors being held in CBP custody a day.

CBP also confiscated 2,071 pounds of fentanyl last month, the equivalent of more than 469 million lethal doses and enough to kill more than every adult and child in the U.S. Agents also seized 12,989 pounds of methamphetamine last month.

Through OLS’s multi-agency efforts, more than 292,700 people have been apprehended illegally entering Texas from Mexico. More than 18,400 criminal arrests have been made including more than 15,700 felony charges reported. Texas DPS has seized more than 326 million lethal doses of fentanyl, enough to kill nearly every adult and child in the U.S.

Just adding CBP seizures of fentanyl in July to OLS’ 20 month total, law enforcement officials have seized more than 795 million lethal doses of fentanyl coming through the southern border, more than double the number needed to kill twice the population of everyone living in the U.S.

Those in law enforcement argue they’re only seizing a fraction of what’s pouring into the U.S., meaning far more is coming in than they’re able to catch.