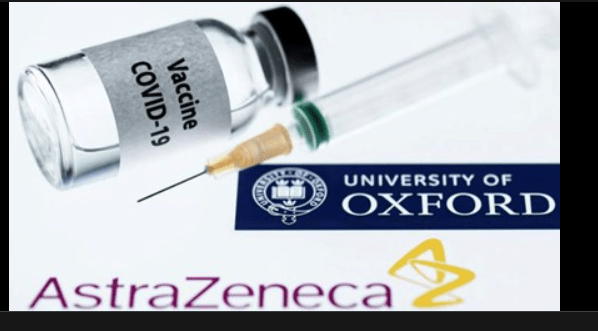 The CDC’s about-face on COVID-19 guidance last week does not appear to have prompted a wave of reflection by colleges as the academic year approaches.

While many had already dropped across-the-board mask and testing requirements, the most elite are keeping vaccine and booster mandates even as the feds erase distinctions between vaccinated and unvaccinated groups due to breakthrough infections and natural immunity.

None responded to Just the News queries on how they were responding to the revised federal guidance and a new Icelandic study that raises questions about how meaningfully vaccination protects college-age students, a low-risk group for COVID at elevated risk for post-vaccination heart problems.

Published earlier this month in an American Medical Association journal, the study found the probability of reinfection during the Omicron variant wave was “slightly higher” among those who received two or more vaccine doses than one dose or fewer. The reinfection rate was highest among 18-29 year-olds (15%).

When the study started in December, everyone 12 and older was eligible for two free doses, and 71% of the Icelandic population had been vaccinated. Current statistics show 82% vaccination for ages 5 and up, with most 16-29 year-olds boosted.

Anti-mandate groups and academics are escalating their efforts, with parents group No College Mandates asking the NCAA to formally oppose discrimination against unvaccinated student-athletes in light of the CDC revision.

“Continued inaction on behalf of the NCAA will certainly lead to ongoing baseless discrimination and unequal treatment of unvaccinated student-athletes, future student-athlete vaccine injuries, and potential lawsuits resulting from both,” the Monday letter says. The group received no response to a similar June 30 letter.

No College Mandates also shared a personal account by a pseudonymous student who accused her college of falsely promising that her unvaccinated status would not be used against her if she enrolled. She transferred out this spring but declined to identify herself or college to Just the News, citing fear for her and her family’s safety.

Former Brown University epidemiologist Andrew Bostom told Just the News that Rhode Island state Rep. Patricia Morgan had joined his cause to pressure the university to acknowledge the March 2021 student vaccine injury he recently discovered and end its mandate.

Currently a research physician at an affiliated hospital, Bostom said Morgan is putting her touches on a draft letter he wrote that will be cosigned by a few other doctors and sent to Brown President Christina Paxson.

“Pat is the only [lawmaker] with even an interest” in challenging Brown, he said. Bostom also recently called for a “myopericarditis-induced moratorium” on COVID vaccination of healthy children, based on a recent Thai study that found 2.3% of vaccinated adolescents developed heart problems.

A day before the CDC revision, an epidemiologist who specializes in randomized controlled trials singled out Duke University’s newly announced COVID policies as nonsensical even though the private school is not mandating boosters.

The University of California San Francisco’s Vinay Prasad noted that Duke, like many colleges, accepts World Health Organization-approved vaccines, some of which have lower reported efficacy than natural immunity, which Duke does not recognize.

“If we mandated medical interventions that offer personal health benefit … Duke could mandate all students get their blood pressure controlled before setting foot on campus,” a more effective intervention than compelled vaccination of recovered students, Prasad wrote.

Onetime pre-campus testing is “another pointless hoop to jump through,” and cloth-mask rules contingent on the CDC’s “high category” ignore the fact that “soon nearly all will have breakthrough [infections], if not already,” he said. Universities continue to ignore science and “cater to the irrational preferences of some parents, students and donors.”

Associate Vice President for University Communications Erin Kramer told Just the News Duke’s policies “were guided by the foremost epidemiologists in the country, and became a much-cited model for universities around the country.”

She credited its “very low infection rate” to testing and masking protocols. “While others who had no involvement or insight into any of the decision making may have differing opinions and priorities, our policies kept students, faculty and staff safe while keeping the school running,” she said.

Asked for specific research to back her claim, Kramer pointed to a March study in Pediatrics by a Duke professor, which found 72% less “within-school spread” in mask-mandate than mask-optional school districts across more than a million students.

Pediatrics also published a letter challenging the study by Prasad and Tracy Beth Hoeg, consultant epidemiologist to Florida’s Department of Health and, until last month, University of California Davis physician resident. They noted the study didn’t account for the CDC’s definition of a “close contact,” which exempts students who are masked.

“We worry that a policy that does not consider masked transmission in schools makes the study a self-fulfilling prophecy: the expected result is lower identified secondary transmission rates in masking districts simply because of the policy,” they wrote.

Kramer didn’t respond when shown the Pediatrics letter or a critique of a new mask study of Boston-area schools that didn’t acknowledge the mask-mandate districts were exempt from “close contact” testing.

A recent National Bureau of Economic Research working paper, which credited college vaccine mandates with a 5% reduction in COVID deaths “in the surrounding population” last fall and was promoted by NPR, also fell under scrutiny.

The researchers studied the period before the Omicron variant wave and had trouble accounting for “the differences between counties besides the presence of a 4-year college with a vax mandate,” Georgia COVID data tracker Kelley Krohnert tweeted.

“The differences are huge between the [treatment and control] groups and far larger than their estimated mandate effect size,” University of California Berkeley professor Ben Recht, who studies machine learning and previously critiqued a Bangledeshi mask study, tweeted about the NBER study. “[N]o amount of econometric magic can wash that away into something meaningful.”