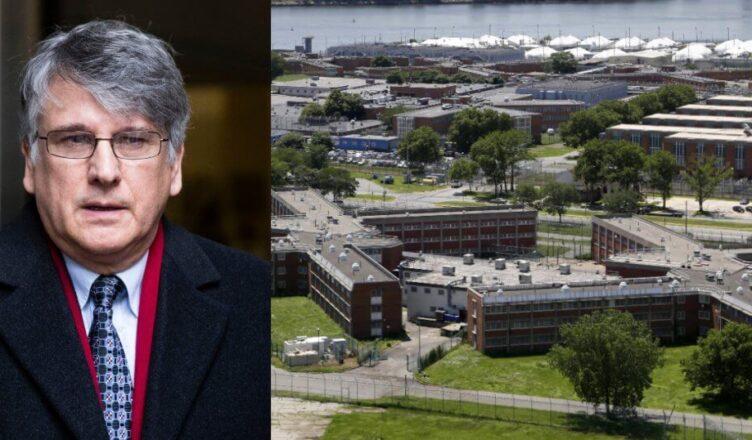 Dr. Ricardo Cruciani, 68, a prominent physician convicted of sexually assaulting patients, was found dead at the Eric M. Taylor Center — an incarceration center based on the notorious Rikers Island complex.

Officials at Rikers Island report that Cruciani, a neurologist, was convicted last month and was awaiting sentencing. On Monday, Cruciani was found unresponsive in a shower and pronounced dead at the scene. Jail officials claim it was a suicide.

The New York Times noted that Cruciani died just weeks after a jury found him guilty of 12 counts of predatory sexual assault, sexual abuse, rape and other crimes associated with his treatment of six patients he treated in 2012.

Few details are available at this time. The Western Journal reports that those who spoke to them “were not authorized to speak publicly and did so on condition of anonymity.”

In a separate post, the New York Times reported that “Cruciani is the twelfth person to have died this year either while being held in the city’s jails or shortly after being released.”

Cruciani’s attorney, Frederick Sosinsky, confirmed that his client had died but did not address the manner of death.

According to the Western Journal, Louis A. Molina, Commissioner of the New York City Department of Corrections, said in a statement that he was “deeply saddened to learn of the passing of this person in custody.”

“We will conduct a preliminary internal review to determine the circumstances surrounding his death,” he added. “Our thoughts and prayers go out to his loved ones.”

Sosinsky noted that Cruciani’s “family [is] shocked and saddened beyond belief to have learned of his violent death while in city custody this morning” and demanded “an immediate and objective investigation.”

Sosinsky charges that the Department of Corrections staff were negligent in their care and failed to follow standard protocols.

Those familiar with written and unwritten codes within the DOC know that those convicted of sexual crimes on children or women are especially vulnerable to violent attack and that shower areas are a favored location for assaults.

Sosinsky contends that proper safeguards were not in place, and standard protocols were not followed:

“[Safety protocols were not] … to our knowledge, ever complied with. Had they been, we would not be having this terrible discussion.”

While some are angry with DOC staff, others believe justice has been served. A New York Times’ post notes that Terrie Phoenix, one of Cruciani’s victims, said, “I take comfort knowing he now faces another judge.”