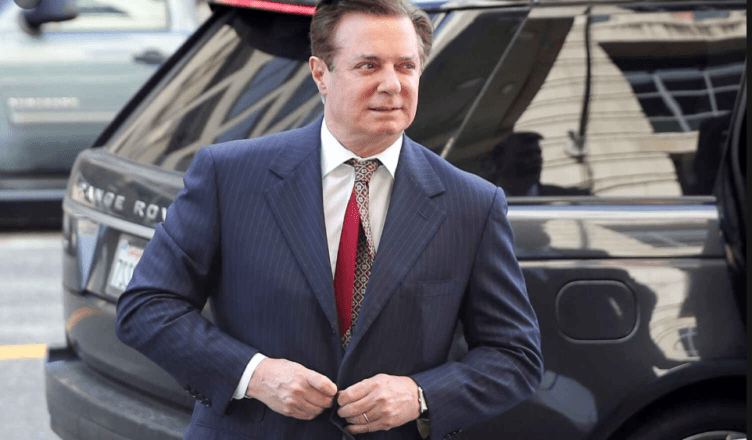 Paul Manafort on Tuesday’s Just the News, Not Noise, talked about his new book and the double standards in the Justice Department

Paul Manafort, the chairman of Donald Trump’s 2016 presidential campaign, criticized the FBI and said that the justice system has become “two tiered.”

“I definitely think that it’s (the FBI) been weaponized for a long time,” Manafort said on Just the News, Not Noise. “Through my experience, which I talked about in the book — that the way they focused on me in what they claim was my guilt. The FARA [Foreign Agents Registration Act] violation that I was indicted on — I had resolved with the Department of Justice without any penalties, without any criminality, without even a civil slap, because it was an opaque area of the law. I didn’t think I needed to file.”

Back in 2018, Manafort was arrested on counts of bank fraud and failure to file foreign bank account reports. In his new book, “Political Prisoner,” he describes the corruption of the FBI in having set up people who were associated with Trump.

“The system was a two tiered system of justice,” Manafort later said. “The very same issues they were coming after me on — they were looking the other way for Democrats.”

In Chapter 10 of “Political Prisoner,” Manafort discusses the arrest of George Papadopoulos and how his arrest was a setup. Back in 2018, Papadopoulos was arrested for making false statements to the FBI, which was investigating potential Russian meddling in the 2016 presidential election.

“Papadopoulos had been one of the early appointments to Trump’s Foreign Policy Advisory Board on March 21, 2016,” Manafort wrote. “From that moment on his life was targeted by the Deep State. While the details of his adventure with Russian Collusion are a bit complicated, what has come out in the last several years is something we should all fear: a set up based on his political views.”

Manafort writes in his book that it is “clear that Papadopoulos was set up by the Obama administration prior to the appointment of a Special Counsel.”

“In the years since his arrest, it has come to light that Papadopoulos was the victim of an entrapment operation run by various intelligence agencies used to justify surveillance of the Trump campaign.”

“Why he thought he could do this, I had no idea,” Manafort expressed in the book.

Manafort then instructed political consultant Rick Gates to reply to the email (from the correspondent division, not his office) to tell him that they don’t do those kind of meetings and that he had no interest in meeting with Putin.

“That was the end of it as far as I was concerned,” Manafort wrote in his book. “Even though I treated the Papadopoulos request as inappropriate and dismissed it immediately, the Deep State jumped on the email, especially after his arrest.”

Manafort also discussed in Chapter 10 of his book the FBI raiding his house at 6 a.m. in the morning in 2017, trying to find Russian contacts and connections. He described what happened as a “no-knock raid.”

“Somehow they had come into the building from the garage, up an elevator to the fourth floor, and down the hallway corridor where they somehow unlocked my condo door and marched into my home down a twenty-foot corridor connecting my living room flight to our bedroom,” he wrote. “I shuddered to think that anyone in our condo might have witnessed this ‘no knock’ invasion.”

According to “Political Prisoner,” the FBI raid on his home found nothing regarding Russian contacts.