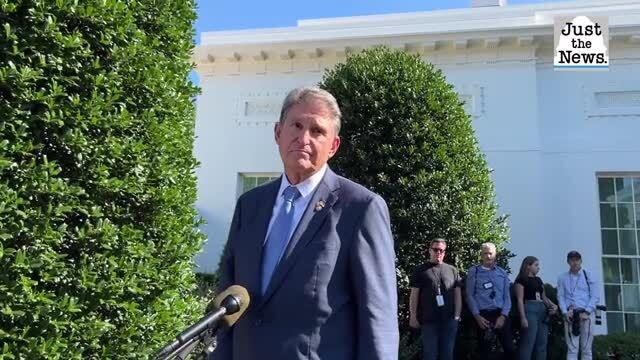 West Virginia Sen. Joe Manchin told reporters that he’s going to make sure the IRS “doesn’t harass anybody” with the $80 billion they received in the $740 billion spending and tax package he helped negotiate.

The Congressional Budget Office has estimated that $20 billion of new audits could come from those earning less than $400,000 per year under the provisions of the bill. The IRS has said its additional resources won’t be applied to households making below $400,000. President Biden formally signed the legislation into law on Tuesday.

“We’re going to follow all the way through, I’m going to follow to make sure the IRS doesn’t harass anybody, and I would encourage all of my political friends to make sure their staffs are in contact with the IRS,” Manchin said after attending the signing ceremony at the White House. “I want to make sure the EPA doesn’t overreach, and it’s balanced of how they do it. You know, there’s always a way to go out, rather than going out with a cease and desist order, go out with an idea of how you make it better, work together.”

The CBO had warned lawmakers it would need a few more weeks to fully score the legislation, but the Democrat-led Congress passed it on Friday. Democratic leaders estimated that the tax provisions in the bill would reduce the deficit by $300 billion over 10 years. The Tax Foundation estimated that the bill would reduce the deficit by just $174 billion. The deficit in FY2021 was $2.8 trillion. The total national debt is over $30 trillion.

“Our estimate is lower than the CBO/JCT score primarily because we estimate the book tax will bring in less revenue,” a Tax Foundation spokesperson said.

Just the News asked Manchin how he responds to voters who don’t think the legislation does enough to reduce the deficit.

“We better get involved in all of our trust funds, whether it be the Highway Trust, or whether it be the Medicare Trust, or whether it be Social Security Trust,” Manchin continued, referencing entitlement reform. “We better figure out how we’re going to shore those up. That ought to be the next big thing we do. And I think, Mitt Romney and I, I’ve signed on to a bill with him, it’s a great piece of legislation. It will force a vote on the floor to correct the trust funds’ inadequacies as far as a lack of money.”