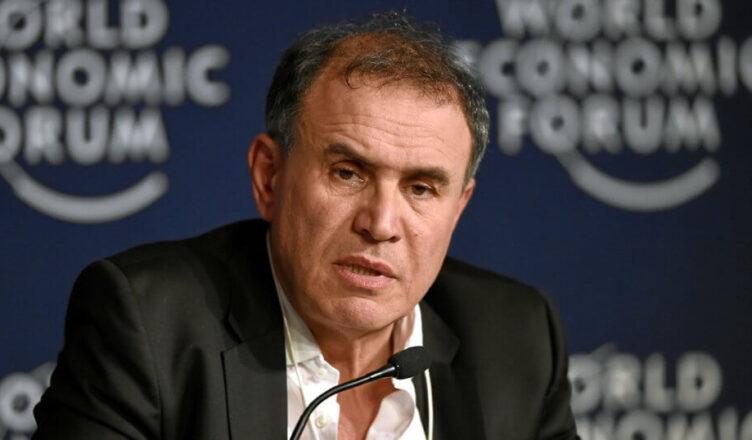 Though President Joe Biden recently said, “thanks to the economic plan and the vaccination plan that my administration put into action, America has achieved the most robust recovery in modern history,” a prominent economist offered a gloomy economic assessment on Monday.

The economist Nouriel Roubini shared his educated comments during an interview with Bloomberg Television.

Noting that inflation is at a 40-year high and that prices for staples such as gas and food are projected to continue to increase, Roubini said he anticipates that inflation will either “remain exceptionally high” or it will experience a “hard landing,” according to a report in the Daily Caller.

Roubini explained: “The fed funds rate should be going well above 4% — 4.5% to 5% in my view — to really push inflation towards 2%,” Roubini said. “If that doesn’t happen, inflation expectations are going to get unhinged.”

Pointing to what that might look like, Roubini said: “Or if that happens, then we are going to have a hard landing. Either way, either way, you get a hard landing, or you get inflation getting out of control.”

Roubini, considered an expert in his field, argued that the inflation problems would not be addressed even if the Fed raised interest rates to 3.8% by the end of 2023. “It will not be enough,” he said.

“Even if you have 3.8%, we have inflation still well above target around 8%, falling only gradually. Markets expecting a pivot and the Fed cutting rates next year to me sounds delusional.”

Then Roubini put into words what many feared: “[The] hard landing,” which is another term for a recession, may be inevitable.

His sober assessment is noted below:

“In the U.S., whenever you have inflation above 5% and unemployment below 5%, the Fed tightening has led to a hard landing. So my baseline is a hard landing.”

By contrast, the most economical outlets to shop, such as Dollar General, are experiencing a marked increase in sales.

Roubini warned that “monetary policy is tight enough to push inflation toward 2% fast enough,” adding, “We are still in a severely inflationary environment, not just in the United States but around the world.”