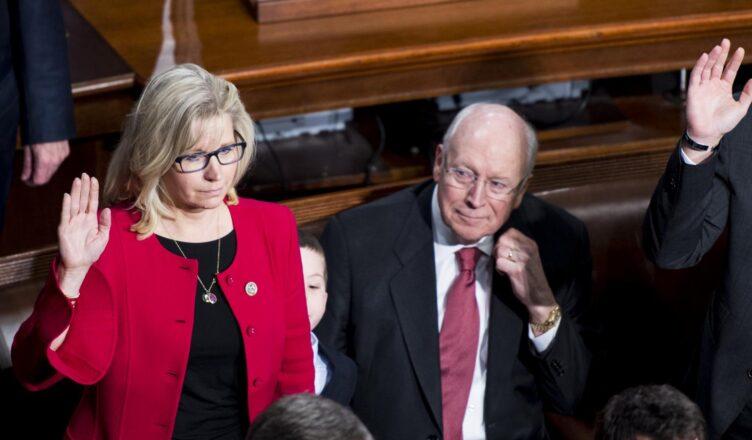 Liz Cheney resoundingly defeated by Trump-backed Harriet Hageman in Wyoming, but her consolation prize is $7.5 million in bank from donors mostly outside the state.

Political obsessions have been the Achilles heel for the Cheney dynasty. For father Dick, it was the relentless pursuit of Saddam Hussein that tarnished a long career with allegations of bogus intelligence and waterboarding. For daughter Liz, it was hatred for Donald Trump that drove a lifelong Republican into the arms of Democrats who once reviled her family.

The younger Cheney will now depart next January from the U.S. House, where just two years ago she had risen to the No. 3 Republican job before her feud with Trump and acceptance of a position on the Democrat-driven Jan. 6 investigative committee roiled her world.

Excommunicated from the GOP, Liz Cheney’s defeat ended with one silver lining: a $7.5 million unspent campaign warchest — much of it from outside Wyoming — that positions her well to run for president in 2024 if she chooses.

The one question: Will she be a Republican or a Democrat in such a comeback?

Cheney kept coy about that decision, but did little to dampen speculation of a future run, or the continuation of her battle with the Trump nation.

“The primary election is over,” she said in a defiant concession speech in Jackson, Wyo. “But now the real work begins.”

That work, she made clear, means stopping the 45th president from returning to the White House in two years.

“Two years ago, I won this primary with 73 percent of the votes,” she stated. “I could easily have done the same again. The path was clear, but it would have required that I go along with President Trump’s lie about the 2020 election.

“That was a path I could not and would not take. No House seat, no office in this land is more important than the principles that we are all sworn to protect. And I well understood the potential political consequences of abiding by my duty.”

For her part, Hageman rode an early endorsement from Trump to victory while relentlessly portraying Cheney as out of touch with Wyoming and indebted to Inside the Beltway special interests,

In a “Just the News, Not Noise” television interview earlier this year, Hageman slammed Cheney for choosing a seat on the House Armed Service Committee — important to the heavily military citizenry of her second home state of Virginia — while spurning a position on the House Natural Resources Committee essential to Wyoming’s oil, gas and mineral industries.

But nothing alienated Cheney from the GOP base more than her decision to join Nancy Pelosi’s Jan. 6 inquiry even as the rest of her party boycotted the committee over concerns about fairness.

Longtime Republican David Bossie, a former adviser to Trump, told Just the News on Tuesday it was clear to him that Cheney had conceded the race months ago because she did not spend more than half the $13.5 million she had raised, saving it instead for a future office. Cheney ended the primary with about $7.5 million in the bank, a large part of it coming from liberal California, FEC records show.

Whatever beef donors may have, $7.5 million will stretch a long ways for whatever Liz Cheney plans next.