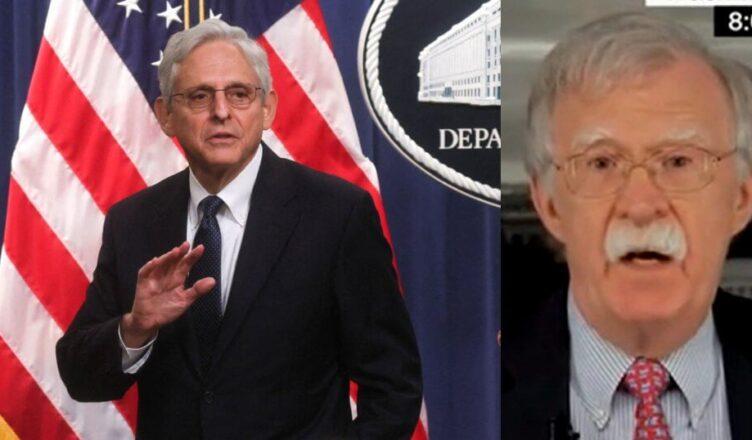 On Tuesday, CNN’s “New Day” host John Berman asked Bolton to comment on the Department of Justice’s objection to releasing the search warrant affidavit. Bolton argued that Garland is “being overwhelmed” politically but that his decision is legally reasonable.

“I think it says there are very significant problems here for President Trump and many of his advisers, post-presidency,” Bolton said. “But I think we’ve got to distinguish between the legal battle that’s going on and the political battle. I think the Justice Department position sounds perfectly reasonable on the legal battle.”

Bolton, however, said that politically, Garland is being “overwhelmed.”

“If we were in a Colosseum with two gladiators, one of them Donald Trump, the other Merrick Garland, we’d be about to witness the slaughter of the lambs. The Justice Department understandably wants to follow its normal procedures. It’s facing an adversary who couldn’t care less about the normal procedures.”

Bolton argued that the department is “not doing enough” to justify the search warrant and its execution on the Palm Beach, Florida, home.

“They’ve got to do more to explain what they’re up to,” Bolton said, saying the DOJ needs to have a better PR strategy. “And they’ve got to think of creative ways to justify it to a very skeptical public, in many respects.”

While the DOJ made both the search warrant and property receipt public shortly after the Aug. 8 raid, the organization is opposing the release of the underlying warrant that would shed more light on the event. Assistant U.S. Attorney Juan Antonio Gonzalez asked a judge not to unseal the warrant affidavit, arguing the release would risk “the integrity of an ongoing law enforcement investigation that implicates national security.”

“Disclosure at this juncture of the affidavit supporting probable cause would, by contrast, cause significant and irreparable damage to this ongoing criminal investigation,” wrote DOJ counterintelligence chief Jay Bratt in a statement. “If disclosed, the affidavit would serve as a roadmap to the government’s ongoing investigation, providing specific details about its direction and likely course, in a manner that is highly likely to compromise future investigative steps.”

Former President Trump called on the agency to release the affidavit on Tuesday morning.

“There is no way to justify the unannounced RAID of Mar-a-Lago, the home of the 45th President of the United States (who got more votes, by far, than any sitting President in the history of our Country!), by a very large number of gun-toting FBI Agents, and the Department of ‘Justice,’’ former President Donald Trump posted on his Truth Social account. “But, in the interest of TRANSPARENCY, I call for the immediate release of the completely unredacted affidavit pertaining to this horrible and shocking BREAK-IN.”