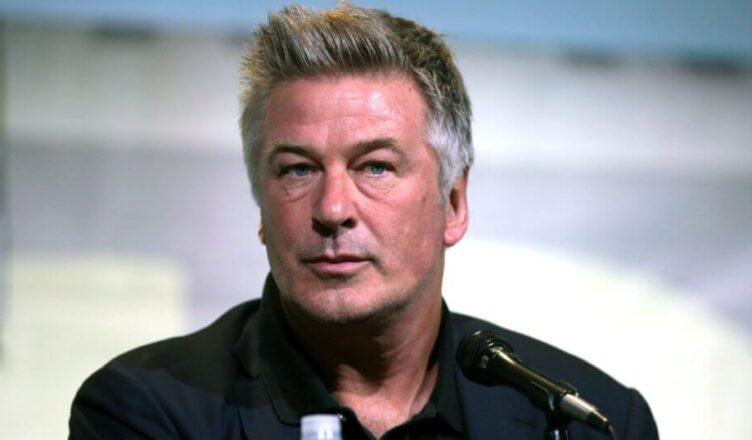 The actor who fatally shot actress Halyna Hutchins during filming of the movie “Rust” denies responsibility, blames two others instead.

Alec Baldwin has described the fatal shooting of Ms. Hutchins, and wounding of director Joel Souza, as an accident. The actor claimed he was informed the gun he was handed for use in a scene was a “cold gun”, indicating it was not loaded with live ammunition.

Critics contend celebrities should not be given “Get out of Jail Free” cards just because they are rich and famous.

On Friday, CNN reported that Baldwin pinned the blame for Hutchins’ death last October on two of his colleagues. According to the Left-leaning movie star, the fault for the tragedy really lies with the movie’s armorer and props assistant, Hannah Gutierrez Reed, as well as assistant director Dave Halls.

“Someone put a live bullet in the gun who should have known better,” Baldwin told CNN. “That was [Gutierrez Reed’s] job. Her job was to look at the ammunition and put in the dummy round or the blank round, and there wasn’t supposed to be any live rounds on the set.”

“There are two people who didn’t do what they were supposed to do,” he alleged. “I’m not sitting there saying I want them to, you know, go to prison, or I want their lives to be hell. I don’t want that, but I want everybody to know that those are the two people that are responsible for what happened.”

In the interview, Baldwin pondered aloud why his two colleagues failed to take more precautions with the firearm.

“Why didn’t [Gutierrez Reed] check that bullet? Why didn’t Halls obey her?” Baldwin continued. “Why did he give me the gun? Why didn’t he check? Why did he tell the crew [it was a cold gun]?”

In a statement given to CNN, Gutierrez Reed’s attorney said,  “We disagree with Mr. Baldwin’s attempts to deflect blame onto others. It is not for him to decide or to apportion blame.”

Halls’ attorney also told the outlet,  “Baldwin is pointing the finger at others because the evidence is pointing at him.”

“Halls is not responsible. Everyone needs to stop. People are only pointing the finger at Halls because they don’t want the responsibility of being wrong. Halls is a scapegoat. People need to look at the evidence,” the assistant director’s attorney added.

Regardless of how a live bullet wound up in the gun, the better question is how come Baldwin failed to check the gun himself before handling the weapon?

It is basic firearm safety to know that you always check the weapon you are handling to see if it contains any live bullets prior to wielding it around.

To his credit, Baldwin also said, “That she died, that’s the worst thing of all. Somebody died, and it was avoidable. It was so unnecessary.”

“Every day of my life I think about that,” he added while reflecting on Hutchins.

Yet, Baldwin also views himself as a victim. According to the actor, the entire ordeal has “taken years” off his life. He also claimed that his career has suffered from this and would have quit movies all together if not for his wife.

At the end of the day, one thing is crystal clear: Alec Baldwin fired the gun that killed Ms. Hutchins on the New Mexico film site. If an unknown man in nearby Santa Fe had accidentally killed a friend or neighbor, would he still be free almost one year later? Or, would he have been arrested and jailed almost immediately, awaiting trial?