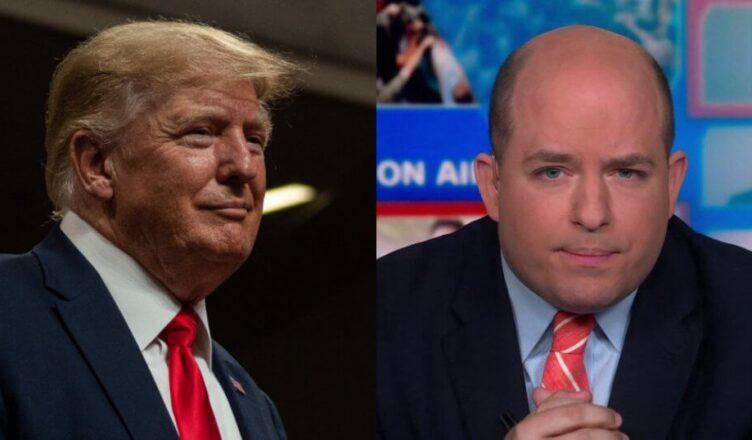 The network did not explain why it was canceling the show that has been on the CNN schedule since 1993. Stelter also authors the network’s “Reliable Sources” newsletter for the company, which presumably will also end.

“CNN will end its “Reliable Sources” program on Sunday, August 21st,” a CNN spokesperson said in a statement. “As a result, Brian Stelter will leave the company. We appreciate his contributions to the network and wish him well as he embarks on new endeavors.”

CNN decided to replace Stelter’s program to refresh its Sunday lineup with new shows including “Who’s Talking to Chris Wallace,” which will begin airing next month, according to a New York Post report.

The new network boss, Chris Licht, who took over after Jeff Zucker resigned in February, decided the network is “no longer going to dedicate an hour of TV covering its own industry,” the Post report noted. The report added Stelter was “taken off guard” by the news, despite persistent rumors his job was on the line.

Stelter was warned a few months ago by an insider about rumors of his termination. Rather than “listening,” the anchor “chewed out” the source, claiming he was “not getting fired” and was part of the “fabric of CNN,” according to the report.

“I’m grateful for my nine years with CNN, proud of what we accomplished on “Reliable Sources” and so thankful for the viewers who tuned in every week for our examination of the media, truth and the stories that shape our world,” Stelter said in a statement. “It was a rare privilege to lead a weekly show focused on the press at a time when it has never been more consequential.”

“I’ll have more to say on Sunday.”

He was not the only one who talked about it Sunday. Before Stelter even made it out the network’s door, former President Donald Trump exulted over the news.

“Brian Stelter of Fake news CNN got fired because he lied, and lied, and lied – ABOUT ME,” Trump crowed in a Truth post. “May he REST IN PEACE!”