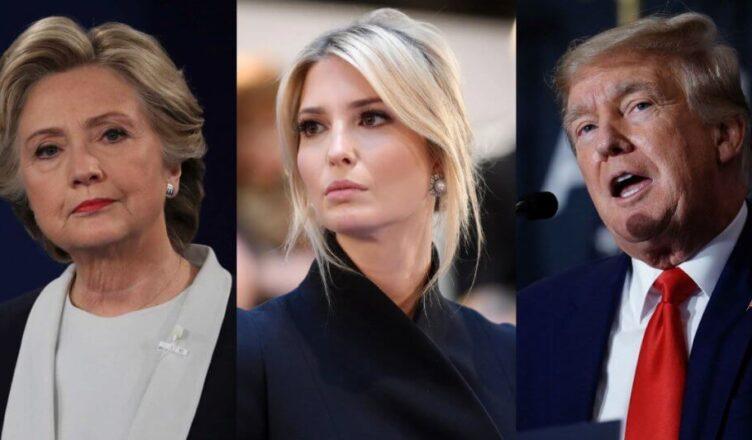 Jared Kushner says that former President Donald Trump told his daughter Ivanka to try to set up a meeting with Hillary Clinton after her loss in 2016 in an attempt to develop a “cordial relationship.”

Trump, “genuinely wanted to help the country unite” in the days before he entered the White House, Kushner writes in his memoir, “Breaking History,” which is set to be released on Tuesday.

Kushner, who was a senior White House adviser under his father-in-law, claimed that the 45th president asked Ivanka Trump to call her former friend Chelsea Clinton in an attempt to coordinate a get-together with Hillary and Bill Clinton.

Ivanka Trump, Kushner writes, was meant to “convey that Trump had no intention of looking backward and hoped to have a cordial relationship with Hillary to unite the country.”

“He even told Ivanka to invite Hillary and Bill for dinner in the coming weeks,” Kushner wrote of the former president.

Kushner then tells readers that the attempt at a relationship quickly soured.

The relationship between the two has been rocky, to say the least, since then. Trump would say in 2020 that he “100 percent” agreed with his supporters who would chant “lock her up” about Clinton, after Clinton led the investigation into alleged Russian collusion in the Trump campaign.

Operation Crossfire Hurricane, the FBI’s name for the investigation into Russian collusion, was partially based on the dossier that ex-British spy Christopher Steele compiled on behalf of the Clinton campaign and the Democratic National Committee. Most of the dossier’s unsubstantiated allegations have since been deemed false by U.S. authorities.

In addition, there was the investigation into the private email server used to house classified information during her time as Secretary of State, a point which became a major issue of contention during her 2016 presidential bid against Trump. The FBI completed its investigation in July of 2016, and then-director James Comey called Clinton’s handling of extremely sensitive information “extremely careless,” but didn’t recommend criminal charges.

The raid on former President Trump raised questions as to why Clinton didn’t receive the same treatment from federal investigative authorities.