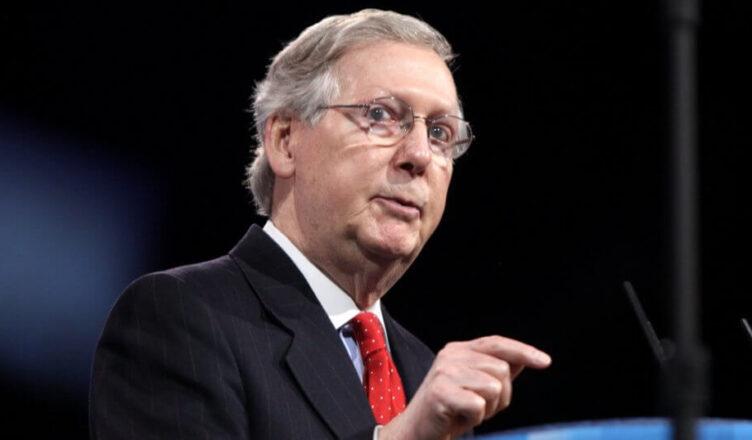 An editor at The Federalist chided Senate Minority Leader Mitch McConnell, R-Ky., for lamenting the quality of GOP senate candidates.

The senior Kentucky senator noted senate candidates must appeal to many more voters than congress, so candidate quality matters more. He has said candidates backed by former President Donald Trump are less likely to appeal to moderates and independent voters, which may cost possible senate seats in blue states.

Federalist Senior Editor Mollie Hemingway blasted him for those remarks she attributes to a feud with the former president.

In her column, titled, “Come On, Mitch McConnell, Republicans Need You To Step Up And Lead,” Hemingway writes that as the party’s leader in the upper chamber, he “has an obligation to immediately and dramatically improve his performance” — namely, get out front now and work to get all Senate GOP candidates elected, especially during a midterm where President Joe Biden and his Democratic Party have presided over record inflation, high gas prices, and a chaotic and porous southwestern border, among other issues — all of which have combined to sink Biden’s approval rating to historic lows.

Hemingway noted that McConnell criticized the “quality” of some Senate candidates in states where Trump has offered his endorsement.

“I think there’s probably a greater likelihood the House flips than the Senate. Senate races are just different, they’re statewide, candidate quality has a lot to do with the outcome,” McConnell said on Thursday when asked about Republican chances of taking back control of the upper chamber.

“Right now, we have a 50-50 Senate and a 50-50 country, but I think when all is said and done this fall, we’re likely to have an extremely close Senate, either our side up slightly or their side up slightly,” he added at an event in his home state, per The Hill.

That led Hemingway to ask in her column: “What was McConnell thinking? What in the world was he thinking?”

Hemingway then went on to list several examples as to why Republicans look to be in good shape to retake the Senate despite McConnell’s less-than-enthusiastic remarks.

In a series of tweets related to her column, Hemingway noted that one “political bigwig” whom she did not name had this to say about McConnell’s remarks: “He’s a child having a temper tantrum. It is completely insane for him to criticize our candidates. He can’t step up and lead, clearly, but we need him to shut up.”