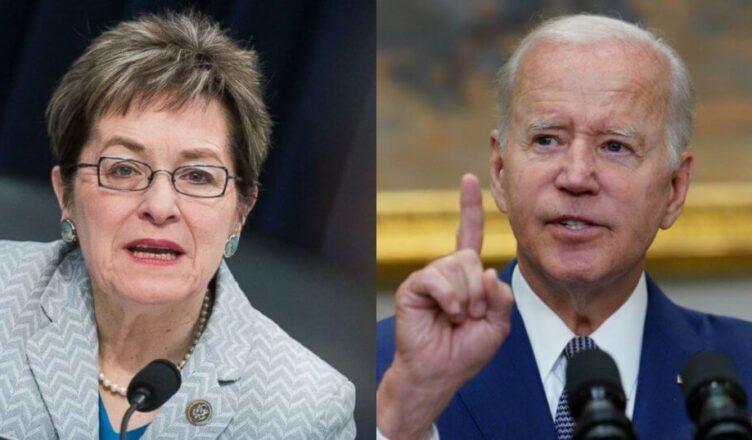 An Ohio congresswoman’s ad suggests that the president who kissed her hand weeks ago can now kiss her redistricted butt.

Rep. Marcy Kaptur (D-OH) has held sway in Congress since 1982 thanks to a reliably safe blue district. After contentious legal wrangling over redrawing congressional districts was settled by a federal court, Ohio adopted a congressional redistricting map crafted by Republicans.

Kaptur had benefitted from a majority of Democrats in Ohio’s previous 9th Congressional District boundary. The map implemented for 2022 exchanged some parts of Cleveland suburbs in the 9th for more rural areas in the western part of the state approaching Indiana.

Instead of facing voters who overwhelmingly voted for President Joe Biden in 2020 she now must appeal to voters who would have voted for former President Donald Trump. That may be tough in a midterm because the party in power typically loses seats. It may be worse in 2020 because of abysmal polling numbers for President Biden, the party standard bearer.

Kaptur seems to be swatting away the president’s coattails in her ad, like many other Democrats up for election in November.

“It will be my honor to not just vote for Joe Biden but to work for him,” the congresswoman declared in Biden 2020 campaign ads. Now? Not so much.

“Marcy Kaptur: She doesn’t work for Joe Biden; she works for you,” she stated in a 30-second ad for the 2022 midterm. Her attitude is a 180-degree flip-flop from when she greeted the president at Cleveland’s airport a few weeks ago. A report in The New York Times shows Biden kissing the right hand of Kaptur, who has a giddy smile while he does.

Now that the redistricting maps have been officially decided, her attitude is more like, “Giddy-up, horse, let’s put as much distance between us and that guy as possible.” To that end, she claims to be a bipartisan congresswoman working for the good of her state, not her party.

She claims in her new ad that she has been “fighting back” against Biden while “working with Republican Rob Portman,” the state’s retiring senator.

November voters will let her know how well that strategy worked.