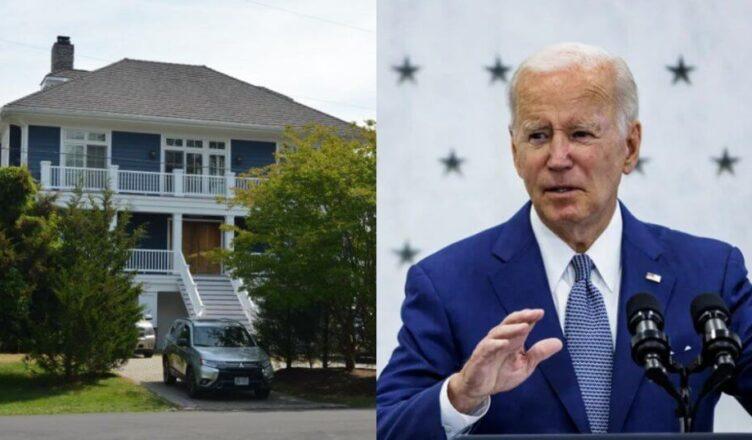 This is an excerpt from The Epoch Times.

The price tag of a taxpayer-funded project to build a barrier around President Joe Biden’s Delaware beach house has grown to nearly $500,000, federal spending records suggest.

In September 2021, the Homeland Security Department paid $456,548 to Delaware-based construction company Turnstone Holdings for the purchase and installation of “security fencing” surrounding the president’s Rehoboth Beach property, according to USAspending.gov, an online database operated by the Treasury Department.

The database entry shows two additional payments since then. One bill of $6,844 was paid in late November 2021 to cover expenses resulting from extra “gravel pads” and “crane services.” This was followed by another $26,933 bill in June, described as simply “to add funds to current project.”

The overall cost of the fence now stands at $490,324. Although the project was originally expected to be completed by the end of 2021, its “potential end date” has been pushed back to June 6, 2023, marking a delay of more than 18 months.

The exact reason for the setbacks remains unclear. The Epoch Times has reached out to the Homeland Security Department, listed as the main awarding agency and funding office for the contract, for further information.

Amid a record influx of illegal crossings at the U.S.-Mexico border, the costly presidential residence fence has drawn mockery from critics of the president’s border policy.

“So walls work at Joe Biden’s beach house but not the Southern border?” Rep. Jim Jordan (R-Ohio) wrote on Twitter.

“You’re building $500,000 fence around your perimeter, and I don’t regret you for that—you’re the president, you deserve the security,” Virginia Lt. Gov. Winsome Sears, a Republican, said on Sunday in an interview with Fox News. “But you can’t have a fence and the rest of us don’t.”

“People at the border need a fence,” she added.