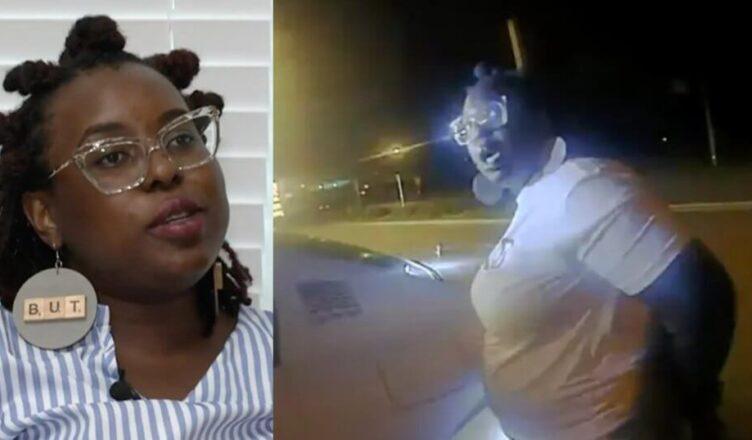 Mom of three Ebony Washington was driving from Gainesville to Jacksonville with her kids last week when Bradford County Sheriff’s Office Deputy Jason DeSue attempted to pull her over for speeding.

Rather than immediately pull over, Washington turned on her emergency lights and kept driving in order to find a well-lit area, according to local media.

“It was dark [and I was] with my kids. I felt uncomfortable. I didn’t want to be able to not have anyone else around,” Washington told 11 News.

The deputy then commanded Washington to pull over on his loudspeaker, according to footage of the incident.

“Pull the vehicle over, or I’ll put you into the ground,” DeSue said in the body-cam video.

Washington pulled into a gas station parking lot as the deputy exited his cruiser and pointed his gun at her.

“If you make any movement, that’ll be your last mistake you’re gonna make,” DeSue shouted. “Do not move.”

Washington tried to explain why she did not pull over, to which the deputy replied that he does not “care about the why.”