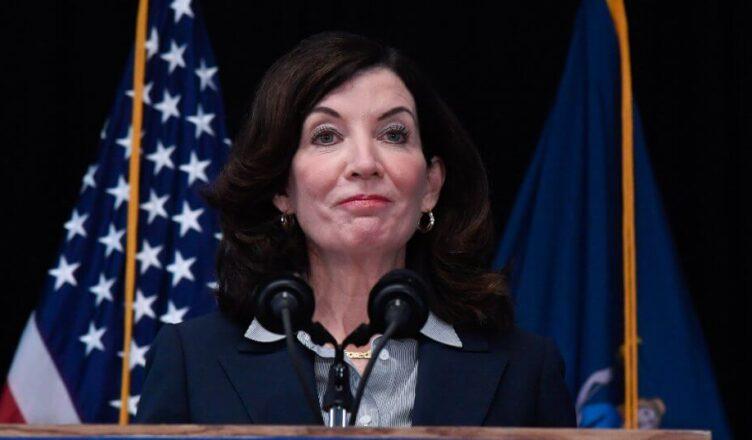 Earlier this week, Hochul signed a bill that would ban the word “salesman” and replace it with “salesperson” as well as replace words such as “his” and “her” with the woke pronoun “they” and “them.”

Senate Bill 536, or the Salesman Law, was proposed to change forms of “gendered language” so that they would be more “inclusive” among everyone.

“This legislation amends Real Property Tax Law Article 12-a to change the word salesman to salesperson… further this legislation removes gendered language from the Article by removing references to ‘his or her’ in favor of ‘their,’ changes ‘himself’ to ‘themselves,’ as well as appropriate changes to variations of these words,” according to the bill.

“Jobs have no gender, but unfortunately, many of our state’s laws still use gendered language when discussing professions that are practiced by people of all genders,” State Sen. Anna Kaplan (D-NY) said.

This is not the latest bill to be signed that bends over backwards to the woke narrative.

Hochul approved a bill that would remove gender references from office-holders in local legislative bodies, changing “councilman” to words such as “council member.” It also changes the term “inmate” to “incarcerated person.”