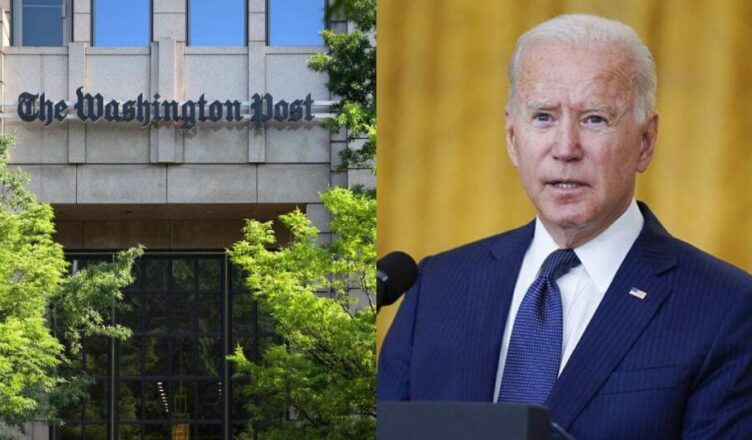 During a White House signing ceremony earlier this month for the CHIPS and Science Act of 2022, legislation that will provide subsidies to bolster domestic manufacturing of computer chips and similar technology amid rising tensions with China, Biden’s claim about the number of jobs the bill would create earned him “four Pinocchios” in a Washington Post fact check on Thursday.

Biden bragged that the legislation will create 1 million new construction jobs over the next half-dozen years.

“There’s an analysis that says investment in the Chips and Science Act will create 1 million — more than 1 million construction jobs alone over the next six years building semiconductor factories in America,” Biden claimed.

The president made the same claim on Twitter just a couple of days later.

“Investments in the CHIPS and Science Law will create more than 1 million construction jobs alone over the next 6 years building semiconductor factories in America,” his Twitter account said.

Investments in the CHIPS and Science Law will create more than 1 million construction jobs alone over the next 6 years building semiconductor factories in America.

But fact-checkers said that the real number of construction jobs likely to be created by expanding chip factories in the U.S. is around 6,200.

“We’ve learned from experience that when a president utters a big job-creation number, it’s ripe for fact-checking,” fact-checker Glen Kessler wrote in The Washington Post. “So we were curious to learn how the president’s job prediction for the Chips and Science Act — which will provide nearly $53 billion for U.S. semiconductor research, development, manufacturing and workforce development — was developed.”

Kessler noted that Biden “mentioned an ‘analysis’ as the source for the claim that 1 million construction jobs would be created. … But we were puzzled when we did not see the figure in the White House’s ‘fact sheet’ on the bill.”

“It turns out this number is wildly exaggerated,” Kessler added, noting that his “first tip-off” that the number may be false was the sheer size.

“[T]he president stumbled badly here,” Kessler wrote. “In public remarks, and then in a tweet, he claimed 1 million construction jobs would be created because of the Chips Act. The real number was just 6,200, according to the industry-commissioned report cited as the source.