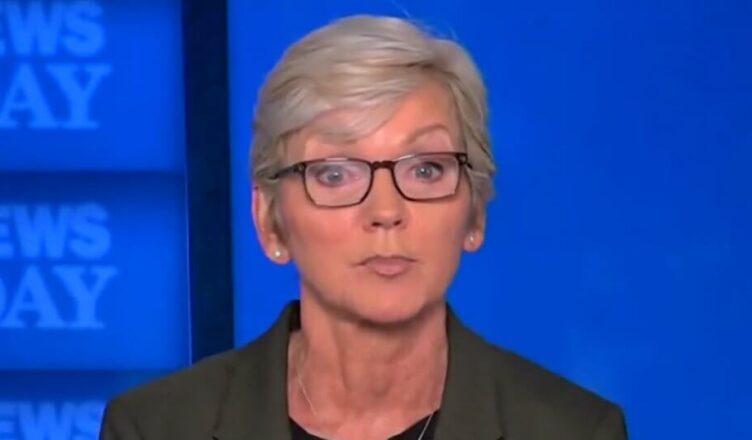 Critics absolutely roasted Energy Secretary Jennifer Granholm after she suggested that lower to middle class Americans could fight the rising cost of living by investing thousands in solar panels and other green energy initiatives.

Granholm made an appearance on “Fox News Sunday” to explain how the recently-passed Inflation Reduction Act — which has since been touted as a tax, energy, and health care bill — would impact everyday Americans who are struggling with record-high inflation, food, gasoline, and energy costs.

“If you are low income, you can get your home entirely weatherized through the expansion from the bipartisan infrastructure laws, a significant expansion — you don’t have to pay for anything,” she said, adding, “”If you want heat pumps, insulation, new windows, that is covered,” she said.

But critics were quick to point out some flaws in her comments.

“GOP just needs to run ad after ad of Granholm telling the poors to buy solar panels and electric cars to save money,” Erick Ericksen tweeted.

GOP just needs to run ad after ad of Granholm telling the poors to buy solar panels and electric cars to save money. https://t.co/oAdXKutrBi

“If you’re poor, Tim Ryan will give you 30 percent off the price of solar panels. They won’t keep you warm this winter but they are made in China, so there’s that,” Ohio Republican Senate candidate commented.

“They don’t know how they sound,” Omri Ceren added. “Because everything they read and everyone they know just echo their ideology back at them — except turned up in volume, higher in pitch, and with applause.”

RNC Rapid Response Director Tommy Pigott added, “Perfect of example about how Democrats don’t care about rising costs, only their Green New Deal. Food is rising at the fastest pace since 1979 and Biden’s response is to push you to buy solar panels.”

“An underrated aspect of the Biden admin unpopularity is just how terribly his cabinet has performed at messaging,” Ben Domenech tweeted. “Becerra, Mayorkas, Granholm, Buttigieg, Garland, Yellen all drags. When your best performer is Tony Blinken you have a problem.”