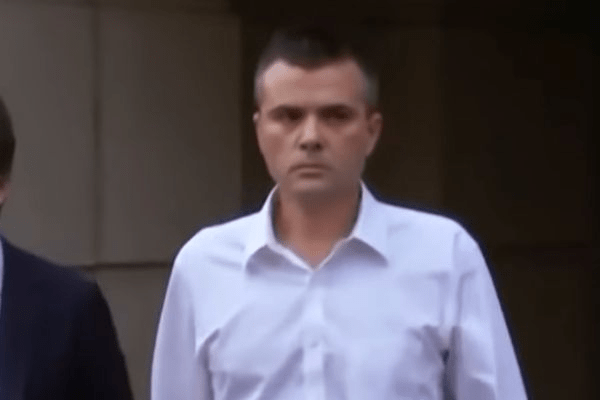 According to Special Counsel John Durham, the FBI hired the shady Russian agent despite earlier worries that he was a Moscow spy and that he was the main source for the flawed Steele dossier, which may have helped spark the investigation into Trump-Russia ties.

Durham made the shocking allegation regarding Igor Danchenko in a court document on Tuesday. Even though agents had reason to believe that Danchenko had lied about the outrageous claims in the dossier and had previously been investigated for espionage, the prosecuting attorney claimed, Danchenko was paid by the agency to serve as a private human source while the bureau performed its “Crossfire Hurricane” probe of Trump’s 2016 presidential campaign.

Durham stated in the recently revealed court document, “In March 2017, the FBI hired the defendant as a paid classified human source of the Bureau. In October 2020, the FBI ended its source connection with the defendant. The defendant had lied to FBI investigators during a number of these interviews, as is alleged in further detail below.”

Danchenko is accused of lying to the FBI and is currently being tried in fed. court in Virginia. He became entangled in Durham’s inquiry in the beginnings of the FBI’s probe into the Trump campaign, which seems to have depended in part on a dossier of disproven allegations compiled by former British spy Christopher Steele for the Hillary Clinton campaign for president. Steele’s main source for the dossier was Danchenko.

Steele worked for the agency as a paid source until his termination in Nov. 2016. The fresh information from Durham indicates that the FBI, which was then run by the vehemently anti-Trump Director James Comey, rapidly hired Steele’s major source despite being aware that the accusations in the dossier were, at the very least, questionable.

Durham said Danchenko was also hired even though the FBI was aware of his prior connections to Russian intelligence. After learning that Danchenko had attempted to purchase sensitive American information, the agency launched a counterintelligence investigation on him under the Obama administration.

Durham stated that the defendant “engaged two other employees about if they would possibly be able or be willing in the future to offer classified material in exchange for money” in late 2008 while working for a well-known think tank in Washington, D.C. The FBI launched a “preliminary inquiry” of the defendant in light of this evidence. After discovering that the defendant (1) had been named as a friend of two FBI counterintelligence suspects and (2) had past contacts in the Russian Embassy and well-known Russian intelligence agents, the FBI expanded its inquiry into a “full investigation.”

Durham claimed that the FBI ended the probe in 2010 but only because it thought Danchenko had left the country in error.

Durham requested permission from the court in the motion to utilize Danchenko’s allegedly unreported lies to the FBI to show a pattern of dishonesty that gave the FBI and media credibility to the allegations against Trump. The most scandalous allegation made in the dossier was that Trump had prostitutes pee on a mattress at the Moscow Ritz-Carlton hotel.

The former hotel manager will be called by Durham’s team to testify that neither he or his employees was aware of or conversant with the allegations made against them in the dossier.