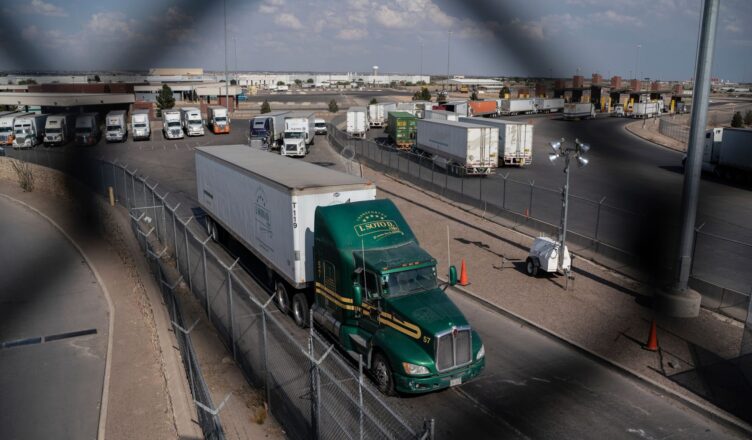 More than 40 illegal immigrants were found dead inside an 18-wheeler tractor-trailer on the southwest side of San Antonio, Texas, while authorities rushed 16 others to nearby hospitals, local media reports.

Live video from News 4 San Antonio shows fire trucks and police at the 9600 block of Quintana Rd., near New Laredo Hwy on the southwest side.

Archdiocese of San Antonio Archbishop Gustavo tweeted, “There are about 46 migrants dead in San Antonio.”

“Our prayers raised up to you O Lord for their souls,” he said. “Lord have mercy on them. They hoped for a better life. Lord after Uvalde and now this, help us! We need you! So many people suffering. God, God, God.”

A spokesperson from San Antonio Police Department told The Daily Wire authorities will hold a press conference tonight on the critical incident. Authorities will live stream the event on the department’s Facebook page. The spokesperson did not have an exact time.

The incident comes approximately 24 hours after San Antonio police bust a human smuggling operation at a local home where 14 illegal immigrants were found ranging in ages from 19 to 33.

Authorities told local media officers received a call Sunday night regarding a person held inside the home at gunpoint.

“It appears that they had been part of a potential human smuggling operation and the best we can determine; they had been there for perhaps a couple of days,” Eric Hightower, Deputy Chief, SAPD said according to News 4 San Antonio. “They had not been fed or cared for. They had not been given water or food or anything like that and they were obviously trying to get some help.”

According to local media, officers, who had also executed a search warrant on the home, say they were given medical care before being handed over to Homeland Security Investigations.

This is a developing news story; refresh the page for updates.