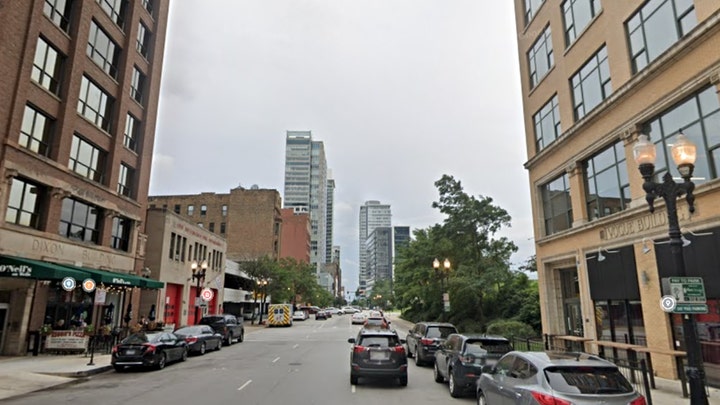 At least 22 people were shot Friday, including four fatally, as 4th of July weekend kicked off in Chicago on Friday

uly 4th weekend began violently in Chicago on Friday with 22 people shot, including four fatally, all within the span of 20 hours, according to Chicago police.

Only one suspect and one person of interest were taken into custody.

“We need to remember every single day on every single watch, our brave men and women of the Chicago Police Department are out there literally risking their lives for our safety,” Mayor Lori Lightfoot said during a Friday press conference, reminding residents to “say thank you” to officers.

Chicago Police Department (CPD) Superintendent David Brown said the 4th of July weekend is a “big weekend,” and the month of July is “very challenging” in terms of public safety.

“There’s no reason why everyone can’t enjoy the holiday and every event safety. Parents, please, please know where your children are,” he said. “Don’t leave them to government to be the parents of your kids. We need you, parents, please, to help us make sure your young people are safe.”

Around 2 a.m. Friday, a mass shooting occurred outside a downtown business on the 400 block of S. Wells Street. Five male victims got into a verbal dispute with the offender, who produced a handgun and fired multiple shots at all five victims, two of whom were pronounced dead.

The other victims include another 29-year-old male, a 35-year-old male and a male of unknown age, all of whom sustained wounds and are in good condition.

Half an hour later, a 15-year-old boy was shot in the left leg and left buttocks on the 5900 block of S. La Salle Street.

Later on Friday morning, just before 8:30 a.m., a uniformed Chicago police officer was shot multiple times on the 1300 block of W. Taylor Street. Authorities took one suspect into custody and transported to wounded officer to a nearby hospital, where he remained in “serious but stable” condition.

Around 3 p.m., a 17-year-old girl was fatally shot in the torso in a commercial parking lot by a suspect riding past her on a bike. Authorities transported the girl to a hospital, where she was pronounced dead, and took a person of interest into custody.

A second mass shooting occurred at about 9 p.m. on the 3800 block of West Monroe Street.  Two female victims, 20 and 36, and two male victims, 25 and 41, sustained gunshot wounds. No one is in custody.

Nine additional victims were shot Friday between 3 a.m. and 10 p.m., bringing the total to at least 22, according to the CPD’s major incident notifications. The Chicago Sun-Times, however, reported 25 total victims shot on Friday.

Additionally, shootings are down 15% year-to-date, according to the mayor.

“That is real, notable presence that I want people to know,” she said.

OEMC and CPD will be monitoring weekend events and protests, as well as national events, in an effort to keep the community safe, he added.

Lightfoot said earlier in the press conference she often hears from visitors “who have either never visited the city of Chicago before or are coming back post-pandemic” that the “city looks incredible.”

“Nobody does summer and 4th of July like the city of Chicago,” she told reporters Friday.