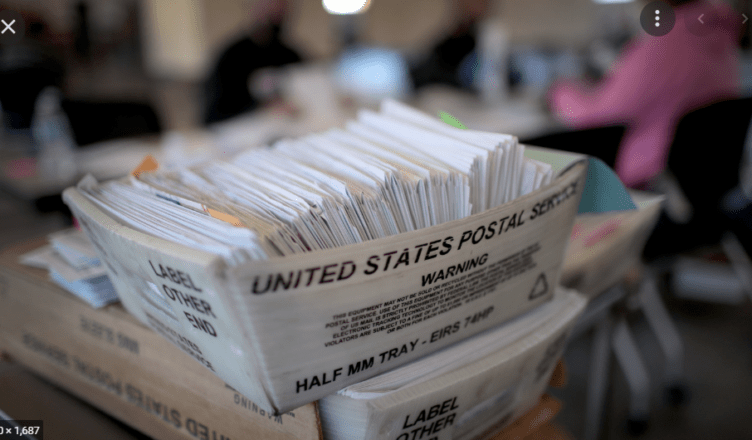 The court did not address the question of whether anyone other than the voter can return his or her own ballot by mail. Election officials and others had argued that drop boxes are a secure and convenient way for voters to return ballots.

The court’s 4-3 ruling also has critical implications in the 2024 presidential race, in which Wisconsin will again be among a handful of battleground states. President Joe Biden defeated Donald Trump in 2020 by just under 21,000 votes, four years after Trump narrowly won the state by a similar margin.

The popularity of absentee voting exploded during the pandemic in 2020, with more than 40% of all voters casting mail ballots, a record high. At least 500 drop boxes were set up in more than 430 communities for the election that year, including more than a dozen each in Madison and Milwaukee — the state’s two most heavily Democratic cities.

After Trump lost the state, he and Republicans alleged that drop boxes facilitated cheating, even though they offered no evidence. Democrats, elections officials and some Republicans argued the boxes are secure.

The conservative law firm Wisconsin Institute for Law & Liberty sued in 2021. The state Supreme Court in February barred the use of drop boxes outside election clerk offices in the April election for local offices, such as mayor, city council and school board seats. The court ruled Friday on the question of whether to allow secure ballot boxes in places such as libraries and grocery stores.

State law is silent on drop boxes and the court said absentee ballots can be returned only to the clerk’s office or a designated alternative site. The bipartisan Wisconsin Elections Commission had told local election officials the boxes can be placed at multiple locations and that ballots can be returned by people other than the voter, but put that on hold pending the Supreme Court’s ruling.

Republicans who control the Wisconsin Legislature have also tried to enact laws limiting the use of absentee ballots, but Evers has vetoed them.

The Hill has removed its comment section, as there are many other forums for readers to participate in the conversation. We invite you to join the discussion on Facebook and Twitter.