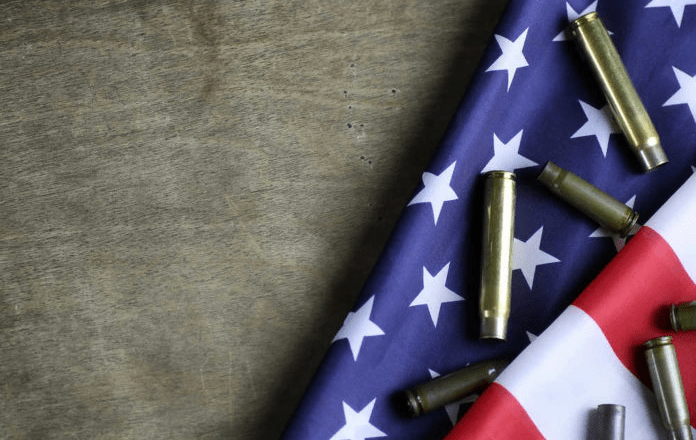 President Joe Biden recently signed bipartisan gun control legislation meant to take guns out of the hands of individuals deemed a threat, though critics say that’s a violation of due process rights. The measure also imposes more thorough background checks on buyers under the age of 21.

It does not include a ban on “assault-style” weapons or guns with high-capacity magazines.

Reports show that before the bill was signed, former President Trump warned against the legislation saying the bill was the first step in “taking away your guns” and would “end the careers” of the Republicans who voted for it.

Donald Trump warned on his platform, Truth Social, that Mitch McConnell’s campaign for Republican Senators to vote for Gun Control would be the final straw. He also railed against McConnell for giving away the debt ceiling with nothing in return and giving in on Democrats’ infrastructure bills.

According to local reports, Texas Senator John Cornyn’s speech at the Texas GOP convention was nearly 20-minutes long, and attendees shouted at the Senator for almost the entire address. He was booed and heckled by the audience over his involvement in negotiating a bipartisan bill focused on gun control.

The former President also noted in a different post how many Republicans who supported the bill’s advancement are not up for reelection this year. In addition, he questioned when, if the measure is passed, the government’s growth in power will end.

Roy Blunt, Richard Burr, and Rob Portman are retiring at the end of the year.  Senator Young of Indiana and Sen. Murkowski of Alaska face reelection this fall.

Always remember the names and keep your notes handy.
These people may retire, but they never quit.