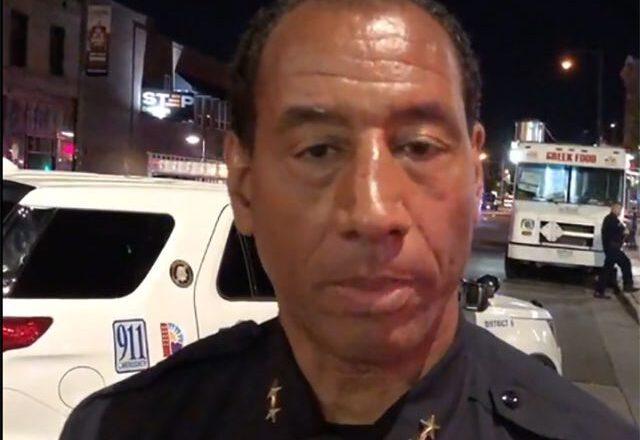 Denver officers confronted an armed party who ‘posed a significant threat’ as bar crowds let out.

An officer-involved shooting in Denver, Colorado, left the suspect and several others critically injured.

In a brief initial update, Denver police Division Chief Ron Thomas said officers were in the area as bar crowds exited around closing time onto the streets.

Officers’ attention was drawn to a disturbance involving an armed party, moved toward that location and confronted the armed party, he said.

Because the armed party “posed a significant threat,” officers discharged their weapons and the party went down, Thomas said.

Officers immediately began to render aid. At that time, they began aware of other individuals in the crowd who had been injured as a result of the incident, he explained.

Several ambulances were called to treat the victims and transport them to the hospital.

No officers were injured, the department tweeted.

The suspect was listed as in critical condition. Other victims are listed as in serious condition, Thomas said, without disclosing an exact number of individuals who were injured or wounded in the incident.