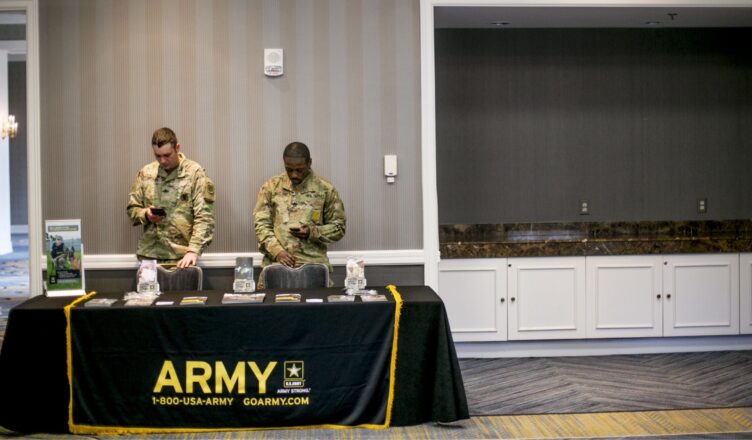 The United States Army has dropped its requirement that recruits must have a high school diploma or a G.E.D. degree in an apparent attempt to increase the number of troops.

On Thursday, the Army announced the changes. Recruits must be 18 years old and eligible for a job in other areas of active duty and they also must score at least a 50 on the Armed Services Vocational Aptitude Battery (ASVAB) to test their academic ability, according to Military.com.

The military outlet also noted, “The Army and its sister services have scrambled this year, offering increasingly generous benefits and policy tweaks in an effort to improve recruiting numbers. The Army has hit 40% of its recruiting goals this year, with the struggle to fill the ranks seemingly so grim the Defense Department reduced its planned total force size because prior recruiting goals were out of reach.”

Last week, the Army also relaxed its regulations regarding the placement, size, and number of tattoos that recruits may have.

“Social norms, people are getting more tattoos,” Sargent Major Ashleigh Sykes told reporters Thursday. “It doesn’t stop readiness if someone has a tattoo on the back of their neck.”

According to a memo regarding the rule change, “This directive announces a change in policy for the allowable placement of tattoos for currently serving Soldiers and applicants for enlistment or appointment. Changes to the Army tattoo policy allow individuals who meet all other qualifications for appointment or enlistment the opportunity to serve.”

“They also support the Army’s People Strategy, our number one priority, by offering Soldiers options for appearance that take into account professional appearance and good order and discipline,” the memo added.

On Monday, NBC News reported that every branch of the U.S. military is on schedule to not meet its recruiting goals for the year.

“This recruiting crisis is like a slow-moving wave coming at us,” one senior defense official involved in recruiting and personnel issues told NBC News. “As the military has gotten smaller and the public have gotten less and less familiar with those in uniform, it has grown. And COVID accelerated it.”

“The Army, like other services, is facing the most challenging recruiting market in the last 20 years,” Wormuth told the media outlet “I expect these recruiting market headwinds to persist, so the Army must improve how we recruit in this new market environment. In March 2022, the Army began a comprehensive review and analysis of our accessions enterprise, recruiting policy, organizational structure and marketing practices. Recommendations for this review, coupled with other immediate steps we are taking, will help the Army address recruiting challenges and position the Army recruiting for success in the future.”

The military is also reportedly considering using the Chinese-operated Tik Tok and other social media outlets to reach young Americans.

“We have to be where the recruits are, and TikTok is one of the biggest social media platforms in the world,” one defense official involved in personnel issues said.

Former President Donald J.Trump banned members of the military from using TikTok over security concerns that the Chinese Communist Party would use it to access information about Americans.