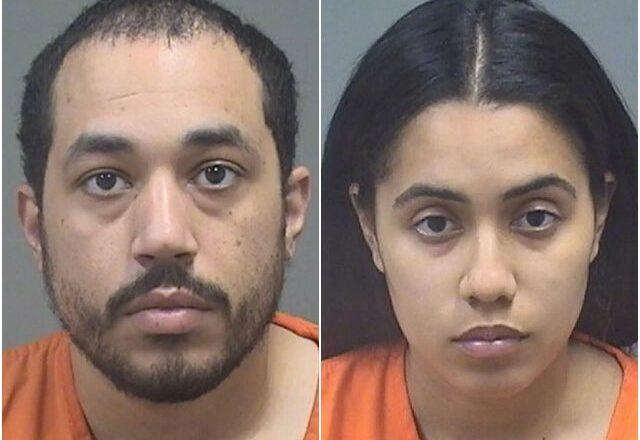 An Ohio couple has been indicted in New York on multiple charges alleging they ran a sex trafficking operation across six states, the Manhattan District Attorney’s Office announced Wednesday.

Jonathan Ruiz, 29, and Charline Santiago, 27, were arrested at their home in Youngstown, Ohio, on Tuesday. The suspects waived their extradition and are being held without bond until they are transported back to New York, WKBN 27 reported.

“The defendants are charged in a New York State Supreme Court indictment with Conspiracy, Sex Trafficking, and Promoting Prostitution, the press release from the Manhattan District Attorney reads. “[Ruiz] is also charged with Labor Trafficking for forcing one of the women to produce videos on OnlyFans.com.”

The couple, who share children, is alleged to have conspired to “violently” traffic women in their mid-20s from February 2020 to February 2021.

Ruiz apparently advertised the women’s services online and would move them to locations across six different states to meet with clients, including in New York, Pennsylvania, Delaware, New Jersey, Connecticut, and Massachusetts.

On multiple occasions, the 29-year-old suspect is said to have beat up the trafficked women if they did not work — leaving them with injuries — and brandished a gun at them at one point. Ruiz also allegedly hit Santiago at least once.

According to the press release:

RUIZ and SANTIAGO also withheld the women’s government identification cards, birth certificates, and social security cards to prevent them from fleeing and to fraudulently obtain government benefits and loans in their names. RUIZ’s emails and bank records indicate that he used these IDs to apply for and collect thousands of dollars in state and federal benefits which were intended for the women. RUIZ also made the women take cocaine while working in order to stay awake and earn more money. If the women didn’t earn a specific amount each day, RUIZ would beat them or sometimes not allow them to eat.

The suspects also allegedly tried to cover up the conspiracy by filing for an LLC in Connecticut and would give out “fraudulent pay-stubs” while documenting the transactions between them and their clients.

The couple reportedly moved to Ohio about a year ago and had placed their children in school, which left some neighbors “shocked” over their alleged crimes, WKBN 27 noted.