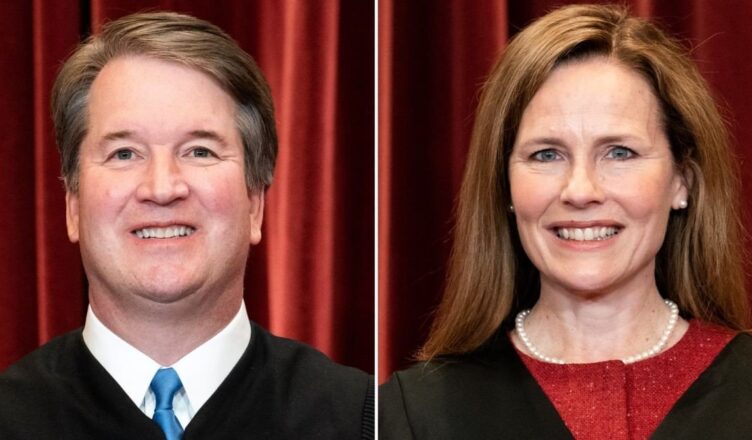 The ruling, experts say, is significant because it means similarly restrictive concealed carry laws, limited primarily to blue states, are also likely to be successfully challenged.

“This decision is a big deal,” FiveThirtyEight noted in the wake of the ruling. “Previously, the court had only said that the Constitution protected the ability to have a gun inside the home for self-defense. In that decision, which came down in 2008, the justices didn’t rule on how guns carried outside the home could be regulated. It took almost 15 years for the justices to come back to that question, but now they have.”

The Second Amendment “protect[s] an individual’s right to carry a handgun for self-defense outside the home,” wrote Justice Clarence Thomas in the majority opinion for Thursday’s ruling. As such, FiveThirtyEight continued, statues like the one in New York, “which required people who wanted a license to carry a concealed handgun in public to show they have a good reason, are no longer allowed.”

The analysis goes on to predict a “flood” of new litigation in states with similarly restrictively concealed carry laws.

But this major case wasn’t the high court’s only Second Amendment ruling, and in fact, SCOTUS likely opened the door to much of the expected new litigation.

“In light of last week’s ruling — which said that Americans have a right to carry a gun outside the home — lower courts should take another look at several cases that had been awaiting action by the high court, the court said. Those cases include ones about high-capacity magazines, an assault weapons ban and a state law that limits who can carry a gun outside the home,” the outlet reported, noting that by sending the cases back to lower courts, these laws will now get a second look under the new standard applied in Thomas’ majority decision.

One of the cases the justices sent back to a lower court Thursday involved a Hawaii statute similar to New York’s. In that case, a panel of 11 judges on the 9th U.S. Circuit Court of Appeals had ruled in 2021 that the right to “keep and bear arms” in the Constitution’s Second Amendment “does not guarantee an unfettered, general right to openly carry arms in public for individual self-defense.” But the high court said in its latest gun case that the Constitution protects “an individual’s right to carry a handgun for self-defense outside the home.” A lower court will now have to revisit the Hawaii ruling.

SCOTUS also instructed federal appeals courts to take a new look at laws in California and New Jersey that put limits on the number of rounds a magazine can hold. In 2018, New Jersey Gov. Phil Murphy signed Democrat-passed legislation that limits magazines to 10 rounds of ammunition rather than the 15-round limit that had been in place since 1990. A lower court had already upheld the law.

In California, meanwhile, a statute bans all magazines that can hold more than 10 rounds; a panel of 11 judges on the 9th U.S. Circuit Court of Appeals last year ruled 7-4 to uphold the ban.

Also, the justices remanded another case from Maryland back to an appeals court that challenged that state’s ban on 45 types of so-called “assault” weapons. In 2017, the Supreme Court had turned away a previous challenge to that law.

“That means when they look at a modern gun regulation, judges will have to figure out if another, reasonably similar law was passed earlier in the country’s history. Previously, courts had also considered whether a regulation could be justified for other reasons, but that second layer of consideration is no longer allowed,” the site continued.