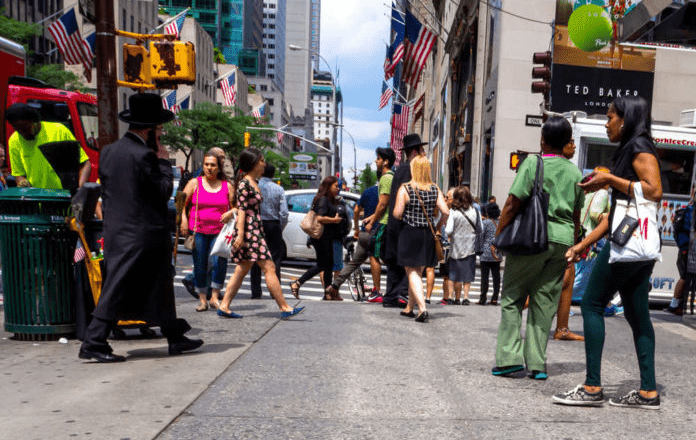 Wealthy New Yorkers who want to escape for the summer have found a new way to avoid having to pull over to pee when they make the drive from the city to their second homes in the Hamptons.

To survive the arduous 100-mile journey, some of the male Hamptons denizens have resorted to a medical procedure called prostate artery embolization. The women, meanwhile, are getting “bladder Botox.”

Heaven forbid they risk coming in contact with the hoi polloi at a gas station restroom while making their way to their posh summer homes in the Hamptons. Nothing could be worse.

A New York City urologist said some rich folks traveling to Hamptons have to stop four or five times to pee and sometimes they can’t find a restroom. Dr. David Shusterman is advertising the two procedures using the slogan “Race to the Hamptons, not to the bathroom.”

Wouldn’t it be cheaper just to keep an empty plastic bottle in the car?

Dr. Shusterman said there’s been a 20 percent spike in male patients seeking prostate artery embolization this spring. He said many of the patients are embarrassed that they have to pee every hour on their way to the Hamptons, especially if there are others in the car with them. In the past few months, he’s been performing the procedure at least ten times a week.

“Bladder Botox” isn’t as popular. Shusterman said he only does about one or two of those a week.

This is the textbook definition of a “first world problem,” panic-stricken rich people who are embarrassed about pulling over to pee paying to restrict bladder function on the drive to their summer homes.

And, boy, do they pay. The hour-long prostate artery embolization procedure costs $20,000.

The “bladder Botox” procedure is a bargain by comparison. It only costs a few thousand dollars and the effects last for up to six months.

Hopefully, that doesn’t mean that these women can’t pee for six months, because that would not be healthy.