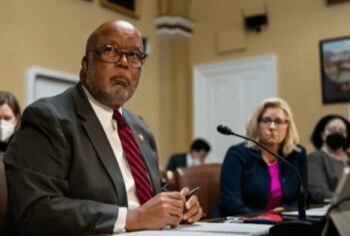 The sudden and mysterious death of Michael Stenger, former Senate sergeant-at-arms, throws a giant wrench in the entire investigation of the events that occurred on Jan. 6, 2021.

As it turns out, Donald Trump did not orchestrate an insurrection after the 2020 presidential election was stolen from him and the Republicans. In fact, the entire scene at the Capitol that day was a DNC plan, with help from the FBI and CIA, to instigate illegal entry into the Capitol Building and give the appearance of a MAGA coup.

There was only one man present that day willing to admit just that. He’s now dead.

As the Senate sergeant-at-arms, Michael Stenger was responsible for looking after security of the upper chamber of Congress. On Jan. 6, Capitol Police officers allowed protestors to bypass security barriers and enter the Capitol Building illegally while the Senate was certifying Joe Biden’s electoral votes.

The circumstances surrounding Stenger’s death have yet to be revealed, adding to the mystery, and conservatives have not been reluctant to voice their concern over the incident.

Stenger was ordered to call off National Guard troops by Nancy Pelosi. The additional security could have prevented the catastrophe Democrats love to reference when they demand criminal charges against Trump. Many have begun to question whether Stenger’s willingness to criticize Pelosi, which challenges the Committee’s entire narrative, resulted in the mysterious circumstances surrounding his death.

In an opening statement before the Senate last year, Stenger stressed to lawmakers the need to “consider First Amendment rights” of protestors before calling for “investigations into the funding and travel of professional agitators.”

Sen. Mitch McConnell nominated Stenger as Senate Sergeant-at-arms in 2011 after he spent over three decades in the Secret Service. He was confirmed unanimously. Before his Secret Service work, Stenger was a veteran in the U.S. Marine Corps.

Ultimately, Stenger was thrown under the bus following the Jan. 6 protests as top lawmakers scrambled to find a scapegoat through which to conceal their crimes. We already know that FBI agents were present amongst the crowd of protestors, as were members of the left-wing terrorist group Antifa. Video footage from outside the Capitol Building clearly shows police officers willingly allowing protestors to enter the building.

On Jan. 7, 2021, just one day after the debacle, Sen. McConnell requested Stenger’s resignation, which he received on the same day. He’s since been derided by members of Congress over his handling of the protest.

Karen Gibson is serving as the current Senate sergeant-at-arms.

This is by far the biggest scandal of the year and yet all we hear is crickets from the establishment press.