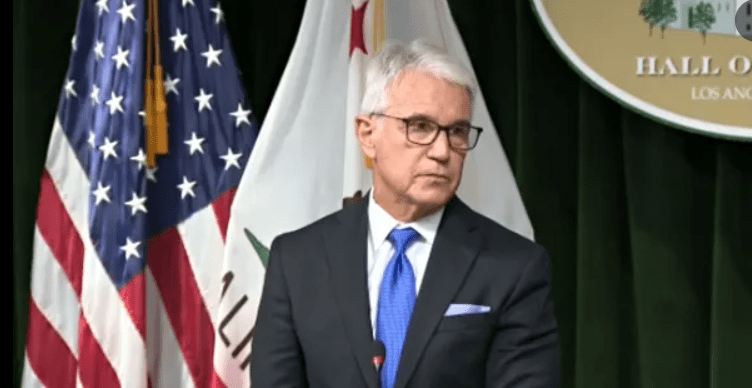 Gascon’s office said notifying victims is the responsibility of the California Department of Corrections and Rehabilitation.

Los Angeles County DA Gascon is disbanding a group of victim advocates and prosecutors in the DA’s office who notify victims and their family members about their assailant’s parole hearings, sources tell Fox News.

The Parole Unit, also known as the “Lifer Unit,” will be disbanded by the end of the year. The move comes after Gascon has banned prosecutors from attending parole hearings.

Gascon’s office confirmed the move to Fox News, saying that notifying the victims can be “triggering” to them, that it bogs down resources, and that ultimately, it is the responsibility of the California Department of Corrections and Rehabilitation.

“While a victim has a right to be notified, they also have a right NOT to be contacted,” Gascon’s office said in a statement. “Lawyers in the parole unit have been using Victim Service Representatives, paralegals, and Bureau of Investigation resources to contact victims and their next of kin who have not requested to be notified of parole hearings.”

The office said its attorneys are “needed in line operations to prosecute cases as we are greatly understaffed.”

Gascon’s office said the Lifer Unit was already downsized under the administration of Los Angeles County’s previous District Attorney, Jackie Lacey, adding that victims still have access to the supportive services of its Victim Service Representatives.

Deputy District Attorney Julianne Walker has criticized the disbanding, saying Victim Service Representatives “are not lawyers and do not understand the legalities of the parole hearing.”

“Their skills are providing emotional support and services,” Walker told Fox News. “Gascon continually puts forth ‘services’ as if he is protecting their ‘rights.’ He is not. He is abandoning their constitutional rights and thinks a band-aid of some type of service like counseling will make up for his refusal to protect their rights.”

“What Gascon wants to do is he wants to make it so that not only the next of kin are unaware of these parole hearings, but he wants to make sure that prosecutors and district attorney’s offices don’t hear about them either,” Los Angeles Deputy District Attorney John Lewin said. “When that happens, that means that (Gascon) and his public defender cronies can, in essence, do what they’re doing in the dark, and no one will ever know.”

Gascon’s controversial time as DA has been marked by a number of policies he instituted that many say have made Los Angeles streets more dangerous. He faces recall after a group turned in thousands more signatures than the law requires to put the question of ejecting him from office to the voters.