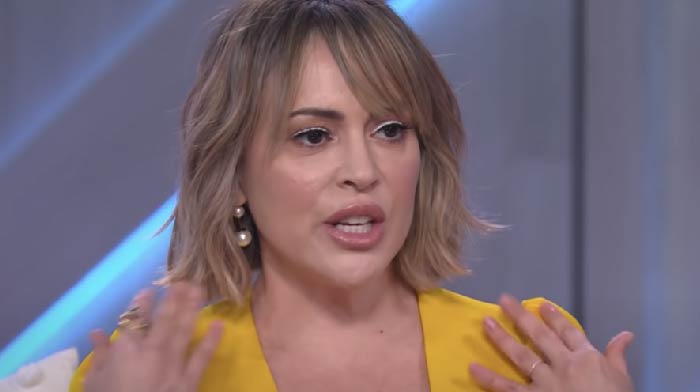 Liberals love to be self-righteous and virtue signal. They want all of their liberal pals to know that they’re the wokest, they love the planet most, they stand up for black people the loudest, and hate has no home in their lives. Yet, ironically, these are the most hateful and indolent people on the planet. They’re always angry, and always complaining about something. They’re also really low-info. They have ankle-deep knowledge of what’s going on around them, so they tend to make a lot of blunders.

And yes, I just described D-list actress Alyssa Milano to a tee, didn’t I?

Alyssa is a clueless liberal, trying to get attention for doing the “woke thing,” and it always ends up backfiring in her face… and this time, was most definitely her biggest online disaster yet.

This time around, Alyssa announced that she had given back her Tesla – because Elon is the latest devil, apparently. Alyssa says she refuses to support a company like Tesla, which is steeped in hate and white supremacy.

So, what did she do after she returned her Tesla? Well, she got a Volkswagen, of course… a company that was founded by the Nazi Party and Adolf Hitler.

Back on May 28, 1937, the government of Germany—under the control of Adolf Hitler and his Nazi Party—formed a new state-owned automobile company, then known as Gesellschaft zur Vorbereitung des Deutschen Volkswagens mbH.