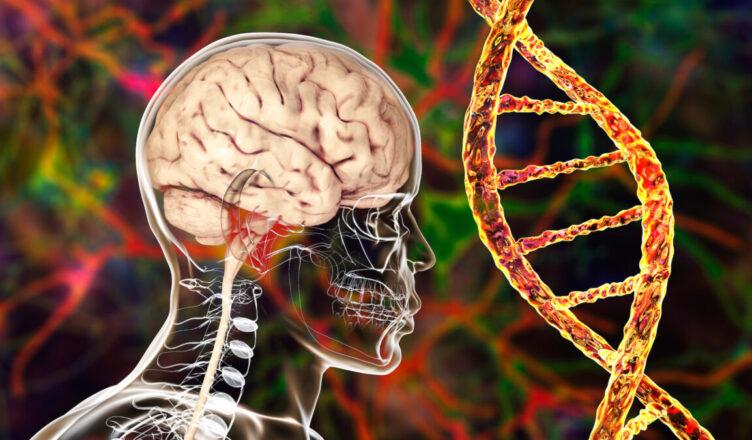 Studies suggest a link between an incurable and fatal prion disease known as Creutzfeldt-Jakob Disease (CJD) and COVID-19 vaccines.

Researchers believe the prion region from the original Wuhan COVID-19 variant’s spike protein was incorporated into mRNA vaccines and adenovirus vector vaccines — given to hundreds of millions of humans — and that it can cause a new type of rapidly progressing sporadic CJD.

According to Mayo Clinic, CJD is a degenerative brain disorder that leads to dementia and, ultimately, death.

Although the Omicron variant does not have a prion region on its spike protein, current COVID-19 vaccines still use the genetic material — including the prion region — of the parent Wuhan strain.

A French pre-print paper published in May on CJD and COVID-19 vaccination identified a new form of sporadic CJD that occurred within days of receiving a first or second dose of Pfizer or Moderna COVID-19 vaccines.

Researchers analyzed 26 cases of CJD and found the first symptoms appeared on average 11.38 days after injection with a COVID-19 vaccine.

Of the 26 cases, 20 had died by the time the study was published and six were still alive.

“The 20 deaths occurred only 4.76 months after the injection. Among them, 8 of them lead to a sudden death (2.5 months),” researchers wrote.

“This confirms the radically different nature of this new form of CJD, whereas the classic form requires several decades,” wrote the researchers.

Dr. Jean-Claude Perez, lead author of the French study, on June 6 told The Epoch Times that all 26 cases resulted in death.

Although prions occur naturally in the brain and are usually harmless, they can become diseased or misfolded, affecting nearby prions and causing them to become misshapen.

The abnormal folding of the prion proteins “leads to brain damage and the characteristic signs and symptoms of the disease,” the CDC’s website states.

Although the Omicron variant does not have a prion region on its spike protein, French researchers said other COVID-19 variants, including the parent Wuhan strain used in currently administered vaccines, do.

“We are now studying the very first cases of patients with Omicron, in South

Africa, Europe and the USA and Canada in particular,” the researchers wrote. “In ALL of these cases, the Prion region has disappeared.”

However, the Wuhan variant’s spike protein gene information — including its prion region — was integrated into the Pfizer and Moderna mRNA vaccines and the AstraZeneca and Johnson & Johnson adenovirus vector vaccines.

“We have also demonstrated […] that the Spikes of the Pfizer and Moderna mRNA injections also contain this same Prion region,” the researchers wrote. “The same is true of ALL the other SARS-CoV2 vaccines since ALL are made from the Spike sequence of SARS-CoV2 from Wuhan, which we have demonstrated contains the Prion region.”

With mRNA vaccines, once mRNA is incorporated into the cells, the cell turns mRNA instructions into a COVID-19 spike protein that tricks the cells into believing it has been infected so the body will create an immunological memory against a piece of the virus.

A U.S. study published in Microorganisms in January 2022 showed the prion area of the SARS-CoV-2 spike protein incorporated into COVID-19 vaccines is able to interact with human cells.

Although the CDC says COVID-19 vaccines cannot “alter your DNA,” studies show mRNA can be changed into DNA and incorporated into the human genome.

A U.S. study speculated that a misfolded spike protein could create a misfolded prion region that may be able to interact with healthy prions to cause damage, leading to CJD disease.

A peer-reviewed case report published in Turkey and the French preprint identified sudden CJD cases appearing following vaccination with the Pfizer, Moderna and AstraZeneca vaccines, suggesting links between getting vaccinated and the disease.

Despite the existence of new SARS-COV-2 variants, people are still receiving the original COVID-19 vaccines developed with the parent Wuhan variant’s spike protein.

Numerous Cases of CJD Reported in the U.S.

A U.S. case report in March highlighted 64-year-old Cheryl Cohen’s battle with CJD, which developed within days of her second dose of Pfizer’s COVID-19 vaccine.

In an exclusive interview with The Defender in Aug. 2021, Cohen’s daughter, Gianni, said her mother’s regression was “mind-blowing, confusing and truly heartbreaking.”

She went from being able to work and do normal everyday activities to being unable to walk, speak or control her body’s movement, Gianni said. Cohen felt as if her head was “going to explode” and died within three months of receiving her second dose of Pfizer.

In a written statement to The Defender, her physician said:

“This case identifies potential adverse events that could occur with the administration of the novel COVID-19 vaccine. Moreover, clinicians need to consider neurodegenerative diseases such as prion disease (e.g. sporadic Creutzfeldt-Jakob disease), autoimmune encephalitis, infection, non-epileptic seizure, toxic-metabolic disorders, etc. in their differential diagnoses when a patient presents with rapidly progressive dementia, particularly in the setting of recent vaccination.

“Although there is currently no cure for sporadic Creutzfeldt-Jakob disease (sCJD), early diagnosis is crucial to avoid the unnecessary administration of empiric medications for suspected psychological or neurological disorders.

“Furthermore, tracking adverse events could potentially lead to further characterization and understanding of both the novel COVID-19 messenger ribonucleic nucleic acid (mRNA) vaccine as well as the etiology of sCJD.

In another exclusive interview with The Defender, Jeffrey Beauchine said his mother, Carol, knew her Creutzfeldt-Jakob Disease was related to the Moderna shot. Watching her death was like “something you see out of a movie,” he said.

Beauchine said his mother received her first dose of Moderna on Feb. 16, 2021, and didn’t report any complaints. After getting the second dose on March 17, Carol immediately said she “felt different.”

Carol’s symptoms began with numbness that spread from the arm in which she received her injection to the entire left side of her body.

She complained that something was wrong with her brain, couldn’t put thoughts together or make sense of things, developed double vision and blindness and began to experience hallucinations.

Doctors initially thought Carol had suffered a stroke or anxiety. Scans later showed there were abnormalities with her cerebellum.

Carol’s condition progressed rapidly and she was eventually diagnosed with CJD and given days to live. She died within months of receiving her second dose of Moderna.

To date, the CDC has not reached out to the family despite an autopsy confirming her death was caused by CJD — a condition she did not have prior to receiving her COVID-19 vaccine.

In another exclusive interview with The Defender, Richard Sprague said his wife, Jennifer, developed CJD after the Pfizer COVID-19 shot and died within five months of the second dose.

Jennifer received the first dose of Pfizer on Aug. 29, 2021, and her second dose on Sept. 21, 2021. Although her husband remained unvaccinated, Jennifer was required to get vaccinated as part of her employment.

Four days after the second dose, Jennifer experienced her first episode of a “sudden strange event she couldn’t explain.”

Jennifer started having more episodes and her left hand and side began to tremble. On Oct. 13, 2021, Jennifer went back to the doctor, who prescribed Xanax for anxiety.

“Your brain is just disappearing. It’s crazy,” Sprague said. “You’re in this perfect healthy body and your brain just dies within the course of a few months.”

After Jennifer was diagnosed with CJD on Feb. 12, her insurance company said it would no longer pay for her care and Sprague was told his wife would not recover.

Jennifer died on Feb. 21 — five months after receiving her second dose of Pfizer.

According to the latest data from VAERS, 56 cases of rapid-onset CJD have been reported following COVID-19 vaccines since Dec. 14, 2021.

Historically, VAERS has been shown to report only 1% of actual vaccine adverse events.

Views expressed in this article are the opinions of the author and do not necessarily reflect the views of The Epoch Times. Epoch Health welcomes professional discussion and friendly debate. To submit an opinion piece, please follow these guidelines and submit through our form here.