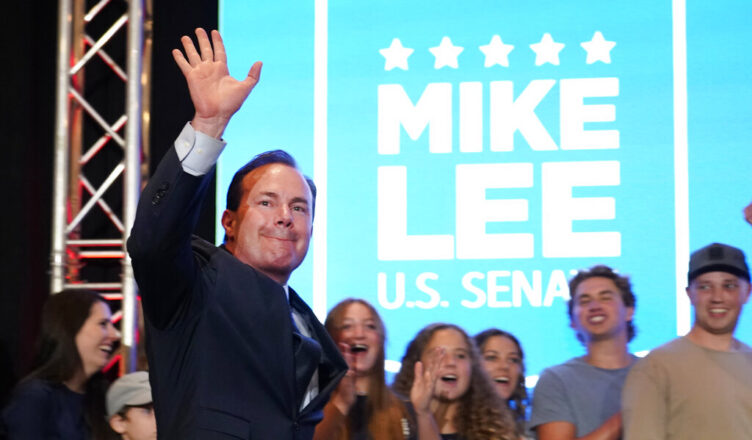 The Trump endorsement has reaped substantial wins for Republican candidates across the country. This comes as general election match ups solidified in Utah, Colorado, Oklahoma, New York and Illinois.

In Utah, Sen. Mike Lee declared Republican voters had chosen freedom after he decimated his primary opponents after securing more than 60 percent of the vote. In November, the two-term senator is favored the win in his race against independent and 2016 presidential hopeful Evan McCullin who has been endorsed by a number of Utah Democrats .

“You don’t mess with God-fearing women who put their country first, who stand up for what’s right, will not bend over backwards to the establishment and let their people get run over,” Boebert exclaimed amid her primary victory speech. “Those days are over!”

“I’m looking forward to seeing who my opponent is in the general and then having a great conversation with Oklahomans about the direction they want our state to go,” Stitt stated. “And I’m confident Oklahomans love the direction that we’re going.”

The biggest upset of the night came from Illinois, where state Sen. Darren Bailey won the state’s Republican governor primary despite the GOP establishment donating millions to his opponent’s campaign. Bailey’s toughest opponent, Richard Irvin, received $50 million from GOP donor and Citadel founder Ken Griffin. The dark horse candidate is looking to unseat Democrat Governor J.B. Pritzker, who he has been called the worst governor in America.

“We were outspent my tens-of-millions of dollars in the primary and look what happened,” said Bailey. “This is how it’s done…here’s tip and some advice for J.B. Pritzker: start packing, friend.”