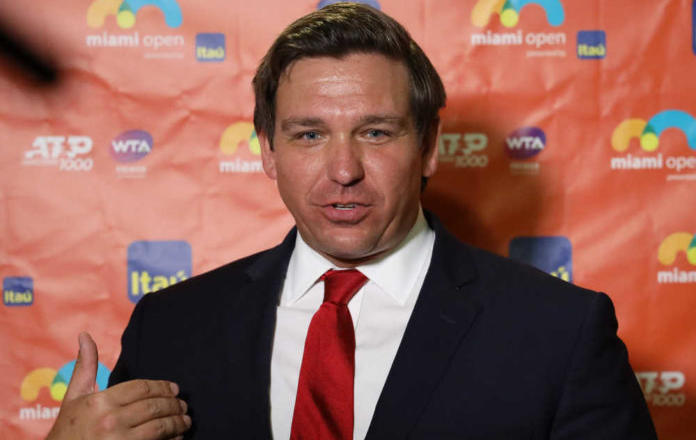 The poll also presented a hypothetical general election match-up against Joe Biden in 2024.

While Biden bested Trump by 7 points among New Hampshire voters, 50 percent to 43 percent, DeSantis topped Biden by one point, 47 percent to Biden’s 46 percent.

The survey also gauged the favorable/unfavorable ratings for both President Biden and Vice President Harris, and neither is doing at all well in the Granite State.

Biden holds a 26 percent favorability while 56 percent were unfavorable of the president.

Harris did worse, with only 23 percent having a favorable opinion of the Veep while a staggering 64 percent were unfavorable.

The poll also found that 64 percent of New Hampshire voters don’t want Donald Trump to run again in 2024, while only 30 percent do.

rcent whereas Trump’s is only 46 percent.