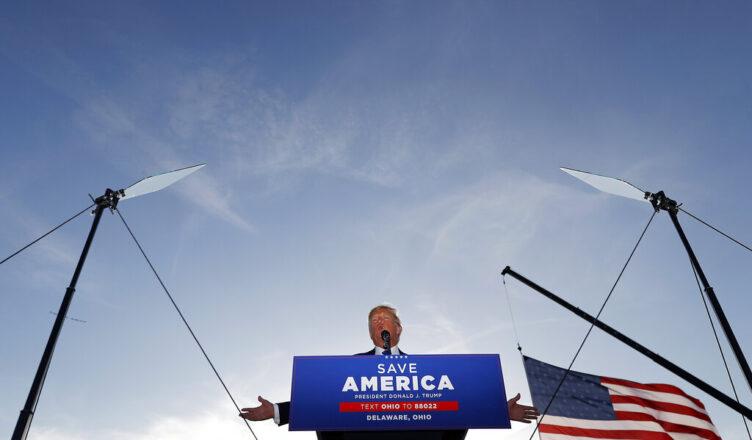 Former President Donald Trump speaks at a rally at the Delaware County Fairgrounds, Saturday, April 23, 2022, in Delaware, Ohio, to endorse Republican candidates ahead of the Ohio primary on May 3. (AP Photo/Joe Maiorana)

Former President Donald Trump touted his endorsement record amid an ongoing lead in the polls for the 2024 Republican presidential nomination. In a truth social post Saturday, Trump emphasized his achievement of 12 candidates he supported winning their primary races.

Trump’s track record for this election cycle is 132 to seven. Their are reports speculating that he could make an early announcement on his 2024 presidential plans because of the current national environment.

President Trump is exactly right. His win record is unmatched! When he called me and endorsed me for Arizona Attorney General he told me it’s over for my opponents, and he’s right. They just don’t know it yet.

For four years Trump has teased the possibility of another presidential bid. He reportedly hopes to capitalize off Biden’s decreasing poll numbers and announce his campaign this summer.

Biden’s popularity has been damaged by economic concerns including inflation and high gas prices. These concerns have been largely fueled by the Russia-Ukraine war, which has given Republicans hope to retake majorities in Congress this year.